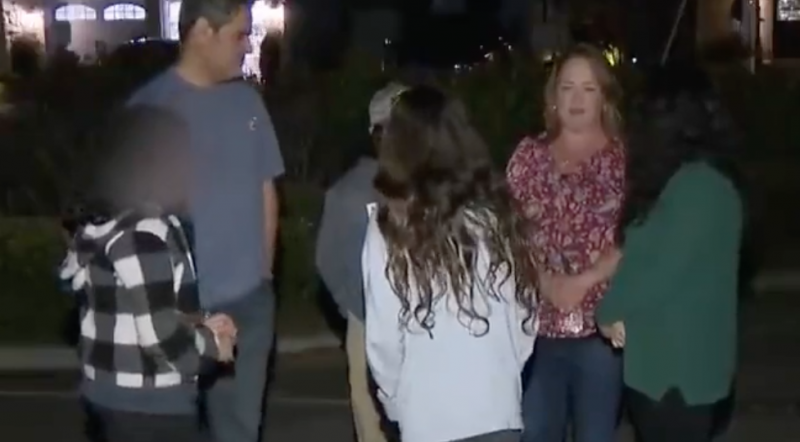 A VIDEO has been making the rounds on social media showing parents reacting to news that their fifth-grade girls (10 to 11-year-olds) slept in the same science camp cabin as a non-binary biological male, who was their camp counsellor.
Parents of students at Weaver Elementary School in Los Alamitos, California, who were unaware of the sleeping arrangements, are upset with the Los Alamitos Unified School District following the news, according to KTLA.
The shocked parents apparently only found out about the incident AFTER the young girls returned from Camp Pali, where they spent three nights sleeping in the same room as the biological male counsellor, who use “they/them” pronouns, the local outlet reported.
Camp Pali assistant director Emmi Tiege said in a statement: “Per California law, we place staff in cabins they identify with.” Parents allege that the school district did not let them know about the camp’s policy, according to KTLA.
Concerned parent Suzy Johnson told KTLA: “No parent should feel the way I feel after knowing what could have happened to my daughter.”

Another parent, Rachel Sandoval, said she contacted the school and asked if they were able to confirm that there was not a man sleeping in the same cabin as the young girls. School officials “were not able to confirm that,” Sandoval stated.
However, a spokesperson for the school district told KTLA that the administration “takes all complaints seriously and is currently investigating the incident.”
“It’s awful that children had to even experience this in fifth-grade camp,” Johnson said. “If I was aware of it and I had initialled something saying this was going to be done at this outdoor science camp, I would have kept my children home.”People on social media reacted to the news, with some calling it “insanity” and others stating that this is “child endangerment”.