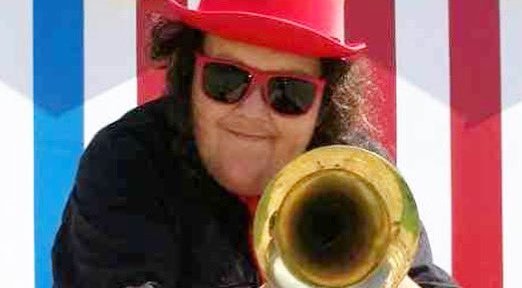 AWARD nominated Spanish actor, comedian and children’s TV star Pedro Brandariz dies suddenly on Tuesday, February 22 before he was about to perform a school show in Calo, A Coruña.
According to Spanish media reports, the 44-year-old suffered a sudden death and despite emergency intervention from medical professionals, the stand-up comedian was pronounced dead at the scene.
Brandariz, who was well known in Spain for his children’s storytelling and appearances on the TVG programme Luar, had been scheduled to perform a play with actor and tour guide Suso Martínez at the Sporting Club Casino at 6 pm, but it was cancelled.

According to Spanish media, Pedro Brandariz was a comedian, actor, clown, stand-up comedian, storyteller and cabaret artist, with the ability to approach humour from different fields, whether they were oral narration, theatre or cabaret.

And just a few weeks ago, he had been nominated for Best Leading Actor at the Mestre Mateo Awards for his role in the movie Jacinto.

Many fans, celebrities and institutions paid tribute to the comedian on social media.
The Galician Audiovisual Academy wrote on Twitter: “We received with astonishment the news of the sudden death of our associate Pedro Brandariz, a comedian, as he liked to define himself, especially loved.
“We join in the deep sorrow of the whole sector for his loss. Rest in peace, comrade.”
TVG programme Luar paid tribute, writing: “We never thought we would experience such a sad day.
“Today Pedro Brandariz is gone and we have no words to describe the legacy he leaves behind.
“Rest in peace, comrade.”
Actress Sonia Méndez said: “What sad news! Few people with a heart as big as Pedro Brandariz’s. Ata sempre, amigo.”
“Your work as a monologue, theatre and film will always be in our memory. Thank you for everything and rest in peace!” one person wrote.
Another said: “Thanks for always responding with a smile, thanks for the comedy!”