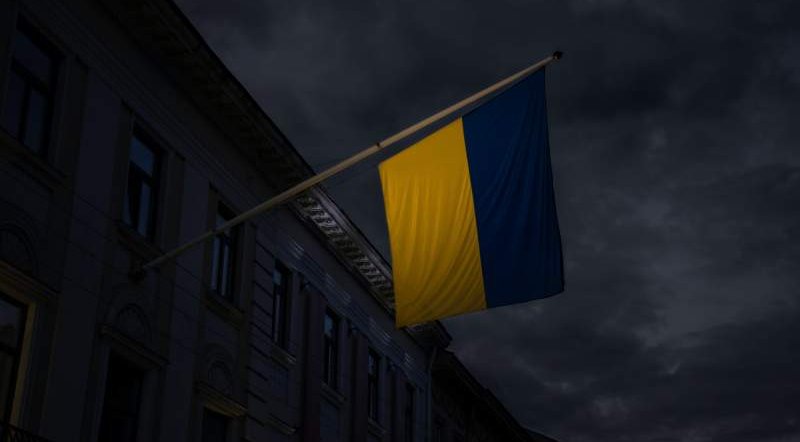 AS most of the world woke up to the shocking news that Russia had indeed invaded Ukraine, a British expat, who lives around 40 miles from Kyiv, shares his first-hand experience from the ground in Ukraine as Russia hit the country with a second wave of missile strikes.
Brit Ken Stewart, who lives in Borodyanka, opened up to Sky News about his experience since Putin’s army waged war on the country he lives in.
Stewart noted that flows of traffic were trying to escape Kyiv, which has come under heavy attack in the last hour, according to local media reports.
Stewart said: “I took a little recce this morning, I drove up to the main highway, which actually goes all the way to Poland, It’s called the Warsaw Highway… and it was a constant flow of traffic and I went to the nearest petrol station and there was a queue of about 50 cars there blocking up the whole area, and that was early this morning.
“So I imagine now it’s even more so – we’re looking at a pretty high pressure situation, and it’s just hard to imagine that this could be happening and that we’ve got a megalomaniac, sort of Hitler of the 21st century, making his manic speeches and just spreading lies about some made up genocide when the only person who’s tried to commit a genocide in this country in the last eight years is Putin.
“And so for him to be starting this war, it would suggest that he’s insane.
“I’m looking at his words and the expressions on his face. I don’t think we’re dealing with a stable person anymore, and that can mean anything is possible. Absolutely anything could happen.
“We’re not dealing with a great strategist here. We’re dealing with someone who’s extremely emotional and angry, and he wants the Soviet Union back, and if you kind of have that back, he wants the Russian Empire back and Ukraine is the jewel in the crown. And as far as he’s concerned, so he’s prepared to go very far, I believe, in order to achieve this madness.”
Sadly, there have been numerous casualties already due to the attacks.
As reported, a young boy was killed after an apartment building was shelled in Kharkiv, while more than 40 Ukrainian soldiers have been killed. Tragically, these numbers will continue to climb.