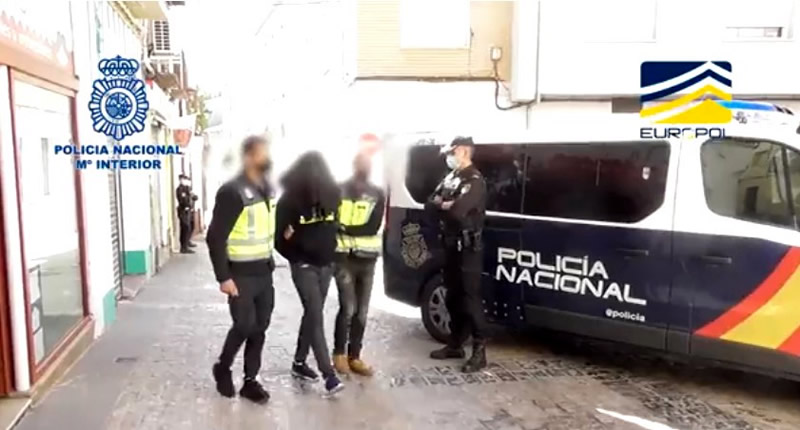 National Police officers have arrested five Pakistani citizens in Barcelona, ​​Girona, the Jaen municipality of Ubeda, and Granada. They were detained in an operation coordinated by the National High Court against followers of a Pakistani movement considered to be a terrorist group.
The man who carried out the attack on the former Charlie Hebdo facilities in France in 2020 reportedly belonged to the same group.
As reported by the National Police, the arrests were made for their alleged participation in the crimes of collaboration with a terrorist organisation, glorification of, and incitement to commit terrorist acts.
Carried out last Monday 21, the operation culminated in the dismantling of the group of followers, who urged the murder of those who demonstrated against Islam.
This Thursday morning, February 24, the five detainees were made available to the head of the Central Court of Instruction No6, where the judge ordered all of them to be put in prison.
The investigation began in September 2020, after the attack committed by the Pakistani Zaheer Hassan Mahmood in Paris. He seriously injured two people next to the former facilities of the satirical magazine Charlie Hebdo.
Later, it was found that Mahmood was linked to a Pakistani movement that promotes the murder of anyone who blasphemes against the prophet, or Islam.
Faced with this new terrorist phenomenon, the General Information Police Station and the Provincial Information Brigade of Barcelona opened this investigation to detect radical profiles that are followers of this movement in Spain.
Those investigated and now detained shared harangues of extreme violence. They also praised the actions of terrorists who had carried out attacks in Europe and Pakistan, against people considered blasphemous.
As explained by the police, in order to maintain a cohesive ideological structure, this movement had constituted a propaganda apparatus in Spain. They had created content to spread and consolidate its violent ideology against those who criticize Islam.
The operation, carried out by the Provincial Information Brigade of Barcelona and the General Information Police Station, had the collaboration of the Provincial Information Brigades of Girona, Granada, Jaen, and Murcia, along with the National Intelligence Centre (CNI), and Europol, as reported by sevilla.abc.es.