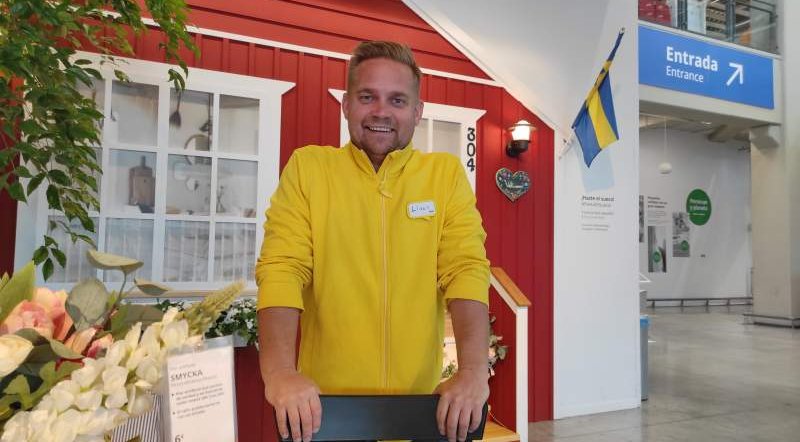 ONE of Malaga´s most familiar names, Ikea, is now expanding its operation across the Costa del Sol in a series of exciting developments designed to bring the popular store closer to the community.

Having opened its new Marbella store in November last year, as well as a further small store in Granada, Linus Frejd, the store manager of Ikea in Malaga, sat down with the Euro Weekly News to talk expansion, online appointments, and of course the home giant´s famous meatballs.
Linus told the EWN the company has major plans across the Costa del Sol over the next few years.
He explained Ikea´s new concept, a small design studio and click and collect hub, in Marbella could soon be rolled out in other major community hubs, including Estepona and Torre del Mar.
He explained: “We´d like to open in Estepona later this year or early next year.
“We´re looking at around five stores on the Costa del Sol on the coast and inland and would like to have at least a few of these open in the next year.”
Speaking about the Marbella store in the La Cañada shopping centre, Linus said the small store offers targeted services, with both kitchen and wardrobe design services in-store, as well as a click and collect facility with access to Ikea´s full product range.
On site vending machines even offer a taste of some of Ikea´s most-loved foods for customers to take home with them.
He explained: “The concept is similar to a person shopping service, with teams of English-speaking staff on hand to help customers.
“We´ve even made it easier to visitors to book their design appointment with an online booking system, as well as the option for online meetings rather than face-to-face appointments if customers are short on time.”
Alongside plans for a range of smaller Ikea stores across the Costa del Sol, Linus told the EWN Ikea also has possible plans to expand the Malaga store´s bathroom design section, as well as bringing the store´s much-loved meatballs to Malaga province with food trucks.
Later this year, the Malaga store will also be celebrating its 15th anniversary, with a series of events planned for both the around 650 staff working in-store as well as the brand´s customers.