JUST IN: Ukraine President issues rally cry to country at war with Russia 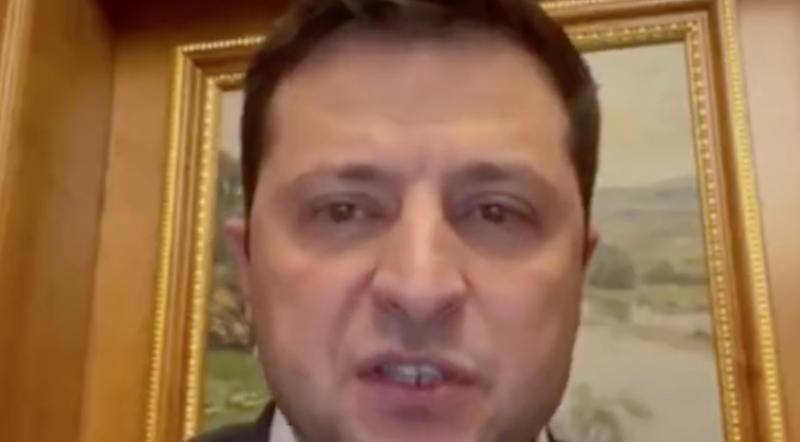 JUST IN: Ukraine President issues a rally cry to his country that has found itself at war with Russia.

UKRAINE President Volodymyr Zelensky issues a rally cry to his country which has found itself at war with Russia. Vladimir Putin’s armies invaded Ukraine in the early hours of Thursday, February 24.
In a broadcast to the nation, Volodymyr Zelensky said: “We are defending our country, we fight for our country and we protect our country.”
Further to the rallying cry, the president continued: “Today we need you, each of you to be calm. If possible, stay at home, please. We are working, the army is working. The security and defence sector of Ukraine is working.
“I, the National Security and Defence Council, and the Cabinet of Ministers of Ukraine will be in constant contact with you.
“No need to panic. We are strong. We are ready for everything. We will defeat everyone because we are Ukraine. Glory to Ukraine,” he concluded.
Following his address to the nation, the Ukrainian president announced on Twitter: “Russia’s treacherously attacked our state in the morning, as Nazi Germany did in #2WW years. As of today, our countries are on different sides of world history.
“Russia has embarked on a path of evil, but Ukraine is defending itself and won’t give up its freedom no matter what Moscow thinks.”
Sadly, a young boy has been killed in the attacks on Ukraine on February 24 and more than 40 of Ukraine’s soldiers have lost their lives.
Ukrainian government officials have claimed that more than 50 Russian soldiers have been killed by their country’s forces during attacks earlier this morning.
Earlier, Volodymyr Zelensky urged world leaders to provide defence assistance and help protect the country’s airspace from Russia.
Russian officials claimed that they had taken control of Ukraine’s airspace.