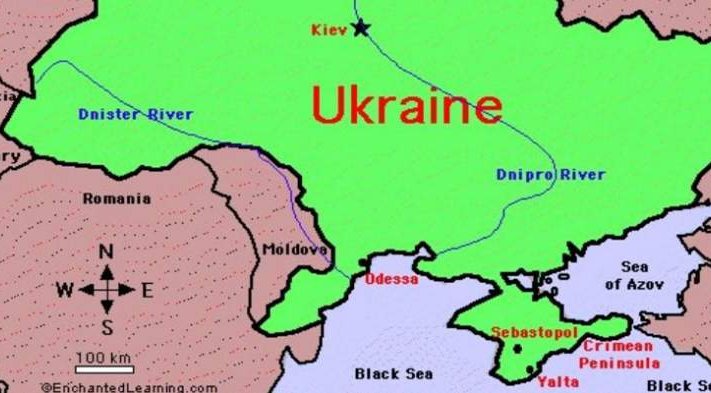 With the two countries suddenly locked into conflict, Russian tankers have been reported as blocking a vital shipping supply route from Ukraine. Vessels have allegedly anchored up and cut the strategic Kerch Strait that connects the Azov Sea with the Black Sea, with foreign ships unable to pass.

All of Ukraine’s ports are currently at a standstill, with Russia’s action stopping all commercial vessels from entering the Azov Sea. The Ukrainian port of Mariupol also appears to be under attack from Russian forces.
Fears are already growing among experts in the food industry of an increase in food prices globally, as both Ukraine and Russia are major wheat and grain exporters.
“Russia and Ukraine make up 29 per cent of wheat exports, 19 per cent of exported corn, and 80 per cent of sunflower oil, exports with Turkey and Egypt the largest importers from the region”, senior investment and markets analyst, Susannah Streeter from the company Hargreaves Lansdown, told MailOnline.

Continuing, “Although the UK isn’t among the main markets for these exports, our food prices are still likely to go up, because fewer supplies from the region would hit global food prices, which will impact the cost of food supplied to the UK too”.

“The market is still struggling to get a clear picture about the actual military situation on the ground”, commented another European grain trader. “The ports in the Azov and Black Sea so far seem not to have been damaged according to the initial shipping agency reports”

Adding, “The next stage which will have to be faced is any declarations of force majeure, if ships simply cannot be loaded and contracts cannot be fulfilled”.

The blockading of the Azov Strait was confirmed by a spokesman for Russia’s Federal Agency for Maritime Transport, who said it had been done ‘in connection with the conduct of anti-terrorist activities”, as reported by dailymail.co.uk.

Explosions now in #Mariupol on the Sea of Azov. #Russia #Ukraine pic.twitter.com/wsqx2H8xYj