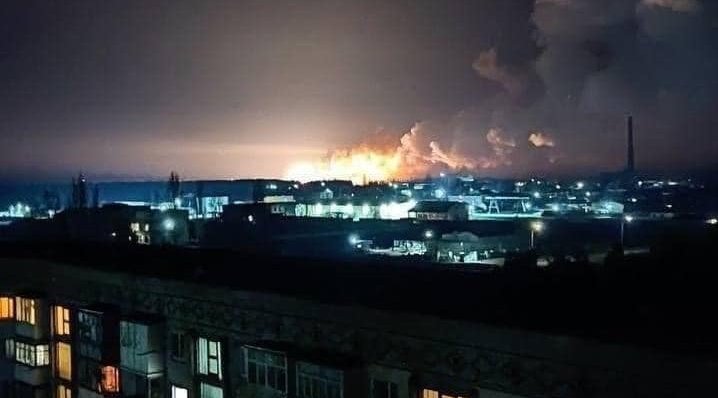 WAKING up to the devastating news that Russia has gone to war with Ukraine, Euro Weekly News looks at how world leaders have reacted.
UK Prime Minister Boris Johnson reacted by stating that he was horrified that Russian President Vladimir Putin had chosen the path of bloodshed: “I am appalled by the horrific events in Ukraine and I have spoken to President Zelenskyy to discuss next steps.
“President Putin has chosen a path of bloodshed and destruction by launching this unprovoked attack on Ukraine.
The UK and our allies will respond decisively.”
According to Ukrainian officials, the country has already suffered heavy casualties as a result of the attacks.
Spanish President Pedro Sánchez said he will remain in contact with allies to evaluate a proper response: “The Government of Spain condemns Russia’s aggression against Ukraine and expresses its solidarity with the Ukrainian Government and its people. I remain in close contact with our partners and allies in the European Union and NATO to coordinate our response.”
US President Joe Biden called Putin’s actions “unprovoked and unjustified”, writing: “The prayers of the world are with the people of Ukraine tonight as they suffer an unprovoked and unjustified attack by Russian military forces. President Putin has chosen a premeditated war that will bring a catastrophic loss of life and human suffering.”
In a further statement, Biden also said that he will be meeting with his G7 counterparts on Thursday, February 24 and will then “speak to the American people to announce the further consequences the United States and our Allies and partners will impose on Russia for this needless act of aggression against Ukraine and global peace and security.”
You can read his full statement here.
French President Emmanuel Macron said that he condemned Russia’s decision to wage war on Ukraine, writing on Twitter: “France strongly condemns Russia’s decision to wage war on Ukraine. Russia must end its military operations immediately.
“France stands in solidarity with Ukraine. It stands with the Ukrainians and works with its partners and allies to end the war.”
Before this, Macron had reiterated that the country stood by Ukraine if an attack was launched: “To the Ukrainian people, to President Zelensky, this evening, I reiterate our support, our attachment to the sovereignty and territorial integrity of Ukraine. In economic and financial matters, in terms of defensive equipment, France will continue to provide its support.”
German’s Chancellor Olaf Scholz said that Russia’s attack cannot be justified, writing: “The Russian attack on Ukraine is a blatant breach of international law. Nothing can justify him. Germany strongly condemns this reckless act by President Putin. Our solidarity is with Ukraine and its people.
“Russia must stop this military action immediately. Today we will coordinate closely within the framework of the G7, NATO and the EU. This is a terrible day for Ukraine and a dark day for Europe.”
Ukraine President Volodymyr Zelensky has urged world leaders to provide defence assistance and help protect the country’s airspace from Russia.