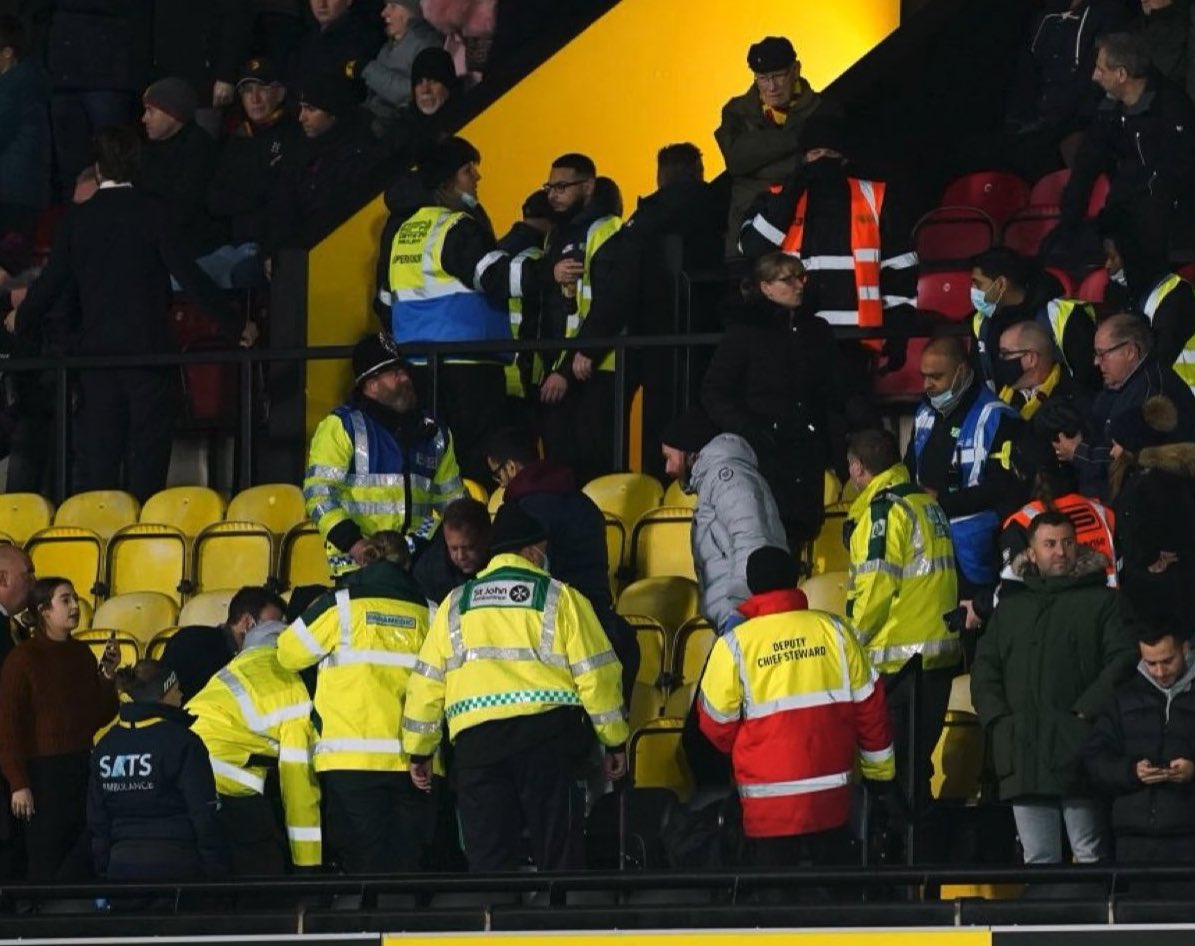 ANOTHER medical emergency in the stands of an EFL (English Football League) game this week has highlighted a worrying trend not just among football matches, but also at gigs, on flights and even on film sets.

The latest football match to be suspended due to a medical emergency in the stands was Sunderland’s game with Burton on February 22.

Stewards had to evacuate the area after a fan fell ill in the West Stand. The game was only four minutes old when the League One game was suspended for almost 50 minutes.

During that time the fan received treatment while both teams returned to the changing rooms, according to the Sun.

And ANOTHER medical emergency at the football. He definitely knows! pic.twitter.com/eIuKeUP0ED

The club tweeted at the time: “Stewards are currently clearing the area to ensure the emergency services can safely transfer the patient from the seating deck.

“Further information regarding the game will be communicated in due course.

“The emergency services are continuing to work and we appreciate your continued understanding.

“Our thoughts remain with the supporter involved and we will communicate further information when we have it.

“Fans are advised that play will resume following a ten-minute warm-up.

“We continue to send our best wishes to the supporter involved and thank you all for your cooperation and support.”

This continues a worrying trend of supporters collapsing at football grounds, with another Burton game being halted on February 15.

Also in February, another medical emergency halted a game at St James Park, becoming the second time in as many months that an incident has occurred at Newcastle’s ground.

On Sunday, February 13, the Magpie’s game against Aston Villa was temporarily halted following a medical emergency in the stands.

However, it is not just football grounds that have suffered these sad events recently.

Two Spanish flights, one going to Spain and one travelling from Spain, were diverted due to medical emergencies in February.

On February 6, a Jet2 flight from Spain was diverted from Edinburgh to Manchester airport after a mid-air medical emergency. A passenger reportedly became ill which forced the plane to divert.

Then on February 21, a flight from Shannon, Ireland on its way to Alicante airport in Spain was forced to divert to Cork Airport after a medical emergency on board, according to CorkBeo.

A spokesperson for Cork Airport confirmed at the time: “Ryanair FR4159 en route from Shannon to Alicante diverted to Cork due to a medical emergency yesterday evening.

“The flight landed at 1812 where a passenger disembarked to receive medical attention. The flight resumed its journey to Alicante, taking off from Cork at 1910.”

Also, a number of gigs have had to be paused due to medical emergencies in the crowd.

On February 22, rock band Tool stopped their performance in Washington, D.C. because a member of the front row was having a medical emergency, according to Metal Injection.

Before that, on February 9, pop star John Mayer paused his concert at the SiriusXM and Pandora “Small Stage Series” event at Hollywood Palladium in Los Angeles for a medical emergency in the crowd.

On Saturday, February 5, Billie Eilish was performing at Atlanta’s State Farm Arena when she stopped her show briefly after a fan had trouble breathing.

Even Hollywood movie shoots have been affected by these tragic events.

On a recent shoot for a new Indiana Jones movie, Harrison Ford came to the aid of a crew member who suffered a suspected heart attack.

According to the Express, a source told the Daily Mail that Ford “saw a male member of the crew collapse [after suffering a heart attack] and without hesitation, leapt into action and yelled to people nearby to get a medic.”