The Ukraine. So where are we now? 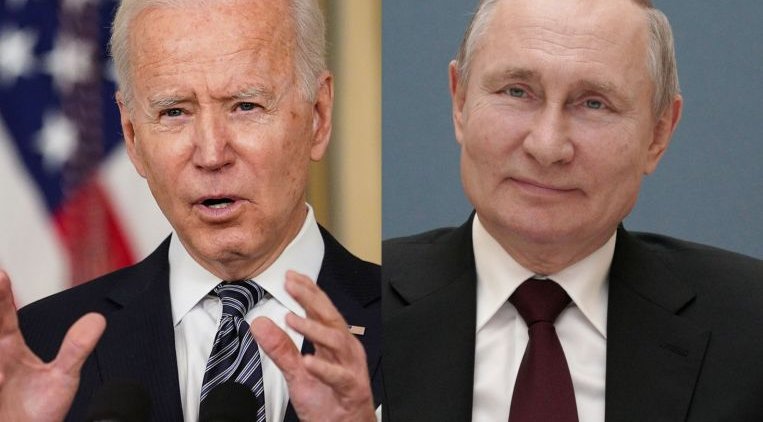 Earlier this week it was still a case of Russian President Vladimir Putin saying that troops were being recalled and there was no prospect that they would invade the Ukrainw, a view echoed by the Ukrainian President Volodymyr Zelenskyy despite the warnings from the US and the UK that an invasion was eminent.

Where are we now?

Russia after declaring the Donbas region as territories independent of the Ukraine, sent in the tanks and troops. Vastly outnumbering Ukrainian troops and enjoying an overwhelming military advantage, Russia has been able to move into and through the country with relative ease arriving in the capital just days later.

Seemingly there has been less resistance than expected with casualties and damage significantly lower than what one could expect from such an incursion. The Ukraine have for years asked the West to supply them with much needed weapons and ammunition, an arsenal they said they needed to protect themselves from Russia and the separatist forces.

The combination of the lack of equipment and the Ukrainian president’s public statements that the Russians were not about to invade, begs the question as to how prepared the Ukraine military was to deal with the invasion.

International condemnation has been strong

The majority of the world has been strong in their condemnation of Putin’s efforts to “annex” the Ukraine, including countries as diverse Afghanistan and the US. The former calling on Russia to negotiate the peaceful resolution of the hostilities.

As always there have been dissenting voices. China in particular has said that Russia were within its right to move back into a country that it considers sovereign territory despite it being an independent country.

The Chinese views don’t augur well for the future with many similarities between the country’s relationships with Taiwan, and again it begs the question is the world ready and prepared for that fight.

The *has been quick to implement sanctions however there are serious questions over their worth, not only because there are countries willing to break those but also because of their limited and very specific nature. In particular the West has not cut Russia’s access to money and world markets, seemingly as economic ties are more important than ethical ones.

Sanctions at this stage have been limited to specific individuals and banks, however as countries like Germany are reliant on Russian gas and other resources it is unlikely that these will hurt as much as politicians would like.

Reactions from the general public have been strong both within Russia and across the world with protests across Russia, Europe and further afield. Sporting ties have also been severed with sponsorship deals cut, football games moved and sporting events withdrawn.

The invasion by Russia raised many questions and in particular how did we get into this situation and what happened to the diplomatic effort.

Clearly Putin has got what he wanted and at great cost to the rest of the world, but the underlying reasons for the invasion still remain. The question is whether Putin intends to go further or is Ukraine it, and perhaps more importantly is the West prepared to throw any other country under the bus or has this been a serious wake up call.

The trust has gone

The move by Putin has brought the cold war back with the West seemingly powerless or unwilling to go too far in dealing with him, understandably given the potential for a third world war. But the failure to deal with the problem and to resolve the issues that led to the situation we are now in, will leave the world in a far worse place than we have been for decades.

The question is how much willingness is there to do what’s necessary to protect the world from another situation such as the invasion of the Ukraine.