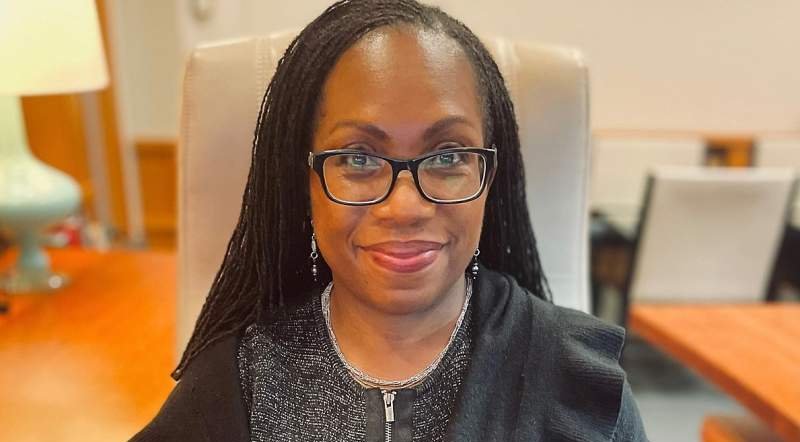 President Joe Biden has nominated Judge Ketanji Brown Jackson to the Supreme Court, a history making pick that will make her the first black woman to serve in the court’s 233-year history.
If confirmed she will replace liberal Supreme Court Justice Stephen Breyer when he retires at the end of the court’s term in June.
Ms Jackson, a federal judge, is according to Biden “one of the nation’s brightest legal minds”, describing her as an “extraordinary” candidate, with an “independent mind, uncompromising integrity and a strong moral compass.”
The Senate is divided 50-50 between the parties, with Democrats having the deciding vote in the form of  Vice President Kamala Harris who can break the deadlock in the case of a tie. However it is not known whether all Democrats will support his choice.
The replacement of Justice Breyer will not change the court’s current 6-3 conservative majority.
The Supreme Court plays a key role in American life and is often the final word on highly contentious laws, disputes between states and the federal government, and final appeals to stay executions.
Although only a simple majority is needed in the Senate to appoint the President’s choice, the preceding hearings can often be quite testing for candidates as they get to quiz the candidate on their views.
According to the BBC Senate Majority Leader Chuck Schumer said Senate Judiciary Committee will begin hearings “in the coming weeks”.
Ms Jackson 51, who she was “humbled” by the nomination, currently serves on the influential US Court of Appeals for the DC circuit. Three current Supreme Court justices previously served on that court.
She has two degrees from Harvard University, which she attended as an undergraduate and as a law student, and once served as editor of the influential Harvard Law Review.
Currently black women only make up about 3% of the federal judiciary, according to data from the Federal Judicial Centre, the court system’s research arm.
A historic nomination for more than one reason, if confirmed she will be one of four women who will sit together on the nine-member court for the first time.
“For too long, our government, our court hasn’t looked like America,” Mr Biden said on Friday. “I believe it’s time that we have a court that reflects the full talent and greatness of our nation.”
There have been just two Black Americans on the Supreme Court to date. Justice Thurgood Marshall was nominated by President Lyndon Johnson in 1967 and Justice Clarence Thomas, who still sits on the court, was nominated by President George H W Bush in 1994.
President Biden’s Supreme Court pick will have to pass through the hearings with flying colours if her history making nomination is to be confirmed, with conservative media likely to watch her every word very closely.