EU and US to freeze the assets of Putin and Lavrov 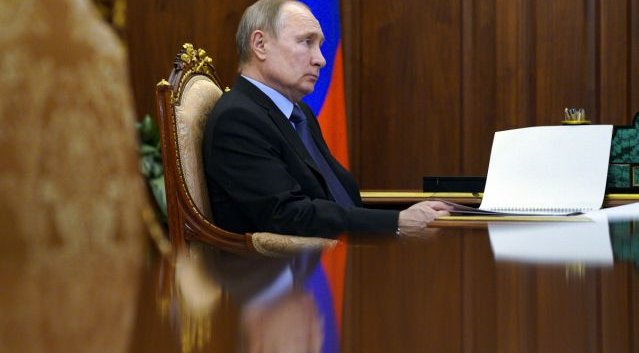 Better late than never as the European Union and the United States move to freeze the assets of Moscow’s top two, as they freeze the assets of Putin and Lavrov. The sanctions against the two is seen as a direct blow to the Kremlin as punishment of the invasion, however some question whether it came too late giving the pair to move assets abroad.

All twenty-seven states of the EU and the Joe Biden Administration have opted to personally sanction Russia’ President Vladimir Putin and Russia’s Foreign Minister Sergei Lavrov. The sanctions include a ban on travel and the freezing of all their assets on EU and US soil.

The sanctions are part of the comprehensive package put in by both countries as they move to bring the country and its industry to its knees through targeted sanction in retaliation for the pointless war. Some experts say the measures affect all the strategic sectors of Russia, especially those linked to the armaments industry, and for the first time includes the oligarchs.

The sanctions have been confirmed by White House spokeswoman Jen Psaki, with US President Joe Biden having received many questions the day before about why the batch of announced measures did not include any penalty for the person who had launched the invasion.

Psaki said: “The decision has been made in the last 24 hours in coordination with our European partners.” She continued saying that it: “sends a clear message of opposition” to the invasion.

She also confirmed that the expulsion of Russia from the SWIFT international payment system was still very much on the table.

According to El Pais the leaders of Europe discussed and approved the sanctions at an extraordinary summit that had been urgently convened. It is understood that some of the members wanted to go further whilst others expressed restraint, in the end it was left to the Foreign Ministers to finalise the agreement and the range of measures.

The UK is not part of the agreement and has yet to take similar measures.

Josep Borrell, the EU’s High Representative for Foreign Policy said: “Today we have included President Putin and Foreign Minister Lavrov on the list.”

When asked what assets Putin and Lavrov had in Europe he said: “I am not in on the secrets of the wealth of Mr. Lavrov and Mr. Putin. It’s not my job, there are people who will take care of this.”