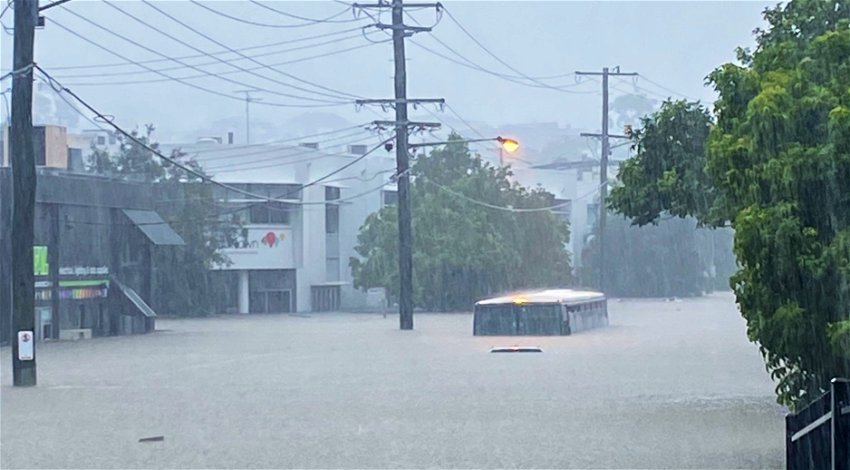 The east coast of Australia has been hit by flash floods after heavy rains fell killing at least seven people, six dying in Queensland and one in New South Wales.

The eastern parts of the country have been battered by a massive storm for several days resulting in floods that have not been seen in decades, washing away cars and swamping homes and roads.

Queensland officials say tens of thousands of properties were without power on Sunday and there were fears that the city’s rising river could cause further flooding in the area. They have also confirmed that all Gold Coast and Sunshine Coast beaches and popular tourist attractions have been closed.

State Premier, Annastacia Palaszczuk, compared the weather to “a cyclone event” saying on Sunday: “Can I say to everyone from the outset today, if you don’t have to be on the roads, please do not be on the roads.

“We have a lot of water rising right across Brisbane [the capital of Queensland] and the southeast at the moment.”

On Feb 26, strong #downpours unleashed high #floods in eastern #Australia. Sadly, two people died overnight due to #flooding caused by rising waters, many people are missing. There are several places where the #rain is intensifying.#GlobalCrisis #Flood #Gympie #queenslandfloods pic.twitter.com/MPNEFTk5NS

According to the New South Wales Bureau of Meteorology the rains are moving south saying on Twitter: “Significant thundery rainfall is expected over [northeast of NSW] though Sunday and into Monday.

Six people are known to have died in Queensland, including a 34-year-old man who tried to swim to safety when his car became submerged in floodwaters.

A man also died in floodwaters in northern New South Wales when his car was carried away.

With the storm moving south it is expected that there will be more flash floods and that more lives could be threatened in Australia.