Sanctions are only alternative to a third world war, says US President Biden 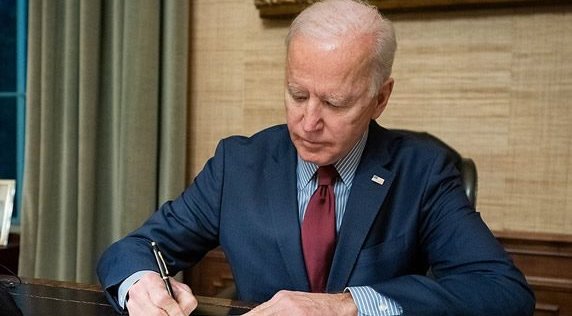 Sanctions are only alternative to a third world war, says US President Biden image: commons wikimedia

In response to the invasion of the Ukraine by Russia, US President Joe Biden said he was faced with only two options – start a third world war or use the only other alternative available sanctions.

Biden who has been quick to implement sanctions against Russia and key players within the country, has said that Moscow will pay “a serious price” for its military operation. Sanctions that he has already imposed include blocking several Russian banks, several politicians and members of Russian President Vladimir Putin’s circle and Russian tech imports. .

Those initial sanctions have since been followed up with the removal of the Russian Central bank and a number of others from the SWIFT payment service, effectively blocking their ability to transfer funds. Travel and flight bans have also been put in place along with the freezing of assets as part of a joint effort with the EU to bring Russia to its knees.

Biden being interviewed told actor and podcast host Brian Tyler Cohen: “Look, you have two options: start a third world war – go to war with Russia, physically, or two: make sure that a country that acts so contrary to international law pays a price for having done it.”

Whilst ex-president Donald Trump praises Russia for its efforts, Biden has chosen to work with the rest of the world to try and avoid direct conflict. He has however agreed to send more military aid to the Ukraine to help the country fend off the aggressor.

Biden has also committed troops to Europe to deal with any overflow of the conflict.

Putin has warned other countries to stay out of the conflict or to “face consequences greater than any you have faced in history.” At the same time many US congress representatives have called on Biden to go further, however many of the calls would effectively result in the US declaring war on Russia.

Biden in choosing sanctions as his alternative, whilst perhaps less effective are probably more sensible given the potential for the situation to spiral out of control and to bring war back to Europe.