The Burgos village with a stunning Viking hermitage 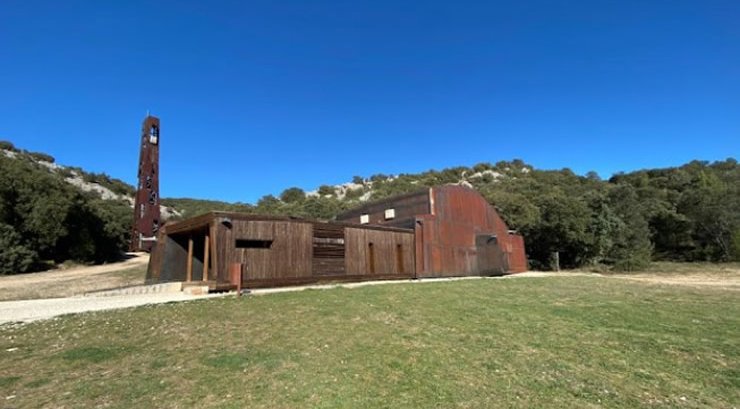 A village in Spain with just 640 inhabitants is the last place anybody would expect to find a Viking hermitage, but, in the Burgos municipality of Covarrubias, this is the exception. If you ever find yourself in the autonomous community of Castile and Leon then do yourself a favour and visit this village.

Why is there a Viking hermitage?

Back in the 13th century, Princess Kristina of Norway made a trip to Spain to marry Philip of Castile, brother of Alfonso X the Wise. After the wedding, Kristina wanted a chapel to be built in honour of St. Olav, the patron saint of Norway.

Felipe de Castilla agreed to her request, and promised the construction, but it would not be carried out until eight centuries later. On September 18, 2011, although she was not there to see it, the princess’s wish was fulfilled when the Chapel of Saint Olav was inaugurated.

This was achieved thanks to the Princess Kristina Foundation of Norway, which since 1992 has fostered cultural exchange between Spain and the Nordic country, with the aim of promoting any type of cultural and nature activities.

The Chapel of San Olav is an incredible architectural space, located just two kilometres from the urban centre of Covarrubias. Its most stunning aspect is its bell tower, rising to almost 30 metres high, with a chapel where you can find various different religious representations.

The municipality of Covarrubias is a medieval Castilian town that comprises beautiful white-painted, half-timbered houses with small balconies. There is also the great arch with the coat of arms of Philip II at the Royal Gate.

Casa de Doña Sancha dates back to the 15th century where the infanta Sancha de Castilla is said to have lived. Nearby is the Torreon de Fernan Gonzalez from the 10th century, popularly known as the ‘Torreon de Doña Urraca‘.

If you are a purveyor of gastronomy, Burgos is renowned for its black pudding, and don’t forget the chorizo. If you have more of a sweet tooth, then you will surely love their pasta and mantecadas.

How to get to Covarrubias

From Madrid, the distance to Covarrubias is 236 km. It will take about 2 hours and 32 minutes using the A-1.

The closest train station to Covarrubias is the Burgos medium and long-distance station located 36.65km from Covarrubias.