‘Chaos’ at UK Airport as travellers head home without bags 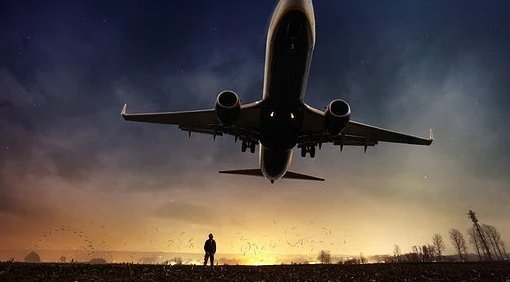 ‘Chaos’ at UK Airport as travellers head home without bags. Holidaymakers have reported that Manchester Airport was chaotic over the weekend.

According to the Liverpool Echo, Manchester Airport descended into chaos on the last weekend in February. Travellers were told to fill out forms and their baggage would be sent to them at a later date.

Some holidaymakers had waited more than five hours to pick up their baggage.

According to the Manchester Evening News, the airport blamed the delays on issues with handling agents.

One passenger revealed the problems she had faced. The passenger said that hundreds of bags had been left in the baggage collection area.

The passenger commented: “I just thought it was absolutely outrageous. These are people’s belongings, you know.”

“There were distraught kids all over the place, people who needed medication that was in their bags.

“There was just one staff member at the desk who was having to deal with it all.

“Ironically we kept hearing this message, a security alert on a loop saying ‘remain with your bag at all times’ which really took the biscuit.

“We were given this form to fill in and they would return them hopefully in about three days’ time depending on where you live. You just had to describe your bags as best you could.

“You weren’t allowed to come back the next day and collect it either.

“I looked around and wasn’t convinced I’d be getting it back so we decided to just wait.”

The returning holidaymaker had to wait around five hours to pick up her luggage. She stated: “By the time I got mine the number of people had dwindled right down, probably to about 50 people.

“Most had left. I’m just completely baffled by it.

“We’re not a third-world country.

“This is a major international hub. They’ve spent millions on this new terminal and can’t even get the basics right.”

A spokesperson for Manchester Airport stated: “We are aware that due to issues experienced by one of the handling agents operating at Manchester Airport, some passengers had to wait for an extended period of time for their baggage to be delivered on Saturday evening.

“We want all passengers arriving into Manchester to have the best possible experience and will continue to work with our handling agent partners, who manage the baggage process, to ensure it is as smooth as possible.

“We apologise for any inconvenience caused.”