Defence secretary says untrained Brits should not to fight in Ukraine 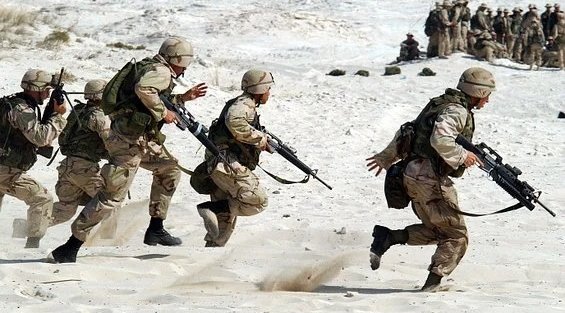 Defence secretary says untrained Brits should not to fight in Ukraine Image: Pixabay

Last week Foreign Secretary Liz Truss said she would support any Britain who wanted to go to the Ukraine to help them fend off the Russian attack, however that call has been contradicted by the defence secretary who said untrained Brits should not fight.

Defence Secretary Ben Wallace speaking on BBC Breakfast said: “Untrained people in Ukraine are fighting the Russian army, and some of them are successful.

“There are men and women joining up and their bravery is making a difference.

“My advice to Britons is there are lots of ways to help the Ukrainian fight. First and foremost, you can donate to the Ukrainian embassy and they use that money to purchase lethal and non-lethal aid to help.

“The second way if you want to help, there are voluntary organisations helping refugees.

“If you want to join our armed forces, one of the best armed forces in the world, the reforms we are putting in mean you will have a brilliant career and excellent kit, you can do that – make a difference.”

Ms Truss when quizzed by the BBC said she would support Brits travelling to Russia to fight, saying: “That is something people can make their own decisions about.

“The people of Ukraine are fighting for freedom and democracy, not just for Ukraine but for the whole of Europe.

“Absolutely, if people want to support that struggle I would support them in doing that.”

“You Brits, you know what the Russians are really about, Americans know, Baltic states, Poles, you decided to support Ukraine because in this you are not just defending us, you are defending yourselves.

“We need everyone who can stand by Ukraine and fight for Ukraine.”

The defence secretary is right in calling on those who do want to help the Ukraine to do so through the correct channels, and certainly untrained Brits or for that matter should not go to join the fight as that could both be illegal and just downright dangerous.