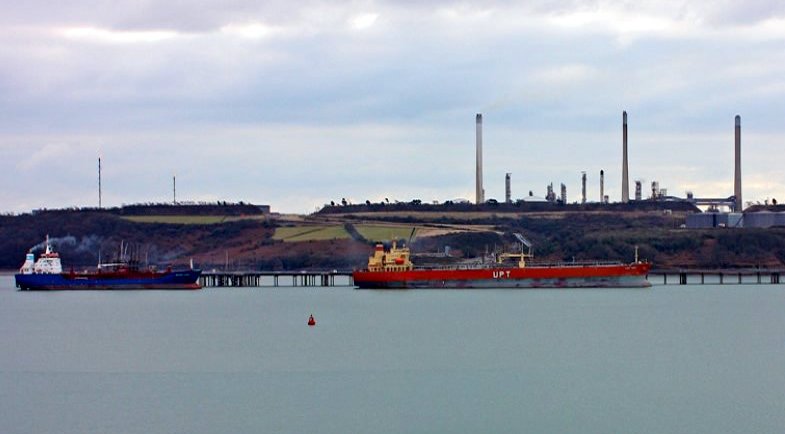 The ARIEL, an oil tanker carrying a cargo of an estimated 400,000 barrels of Russian crude oil worth around $39 million (€46.6m) has made a U-turn during its voyage to the US, and docked in South Wales.

According to data from websites Marine Traffic and TankerTrackers.com, the vessel departed from the Russian port of Primorsk on January 29. On February 14, while crossing the Atlantic, she was seen to change direction.

According to publicly available records held by the Port of Milford Haven, in Wales, she is now docked in the Pembroke Oil Refinery.

Before docking at the terminal yesterday, Sunday, February 27, the ship had spent several days floating off the UK coast, eventually asking for permission to enter the South Wales terminal. Her cargo of Brent crude oil is currently worth around $98 (€87.40) per barrel.

It is believed by US officials contacted by the Independent, that the decision to turn the talker around could have been triggered by speculation about sanctions against Russia, even as early as mid-February. No actual move has been confirmed by the British government yet regarding Russian cargo being unloaded from ships into UK ports.

“I think we are looking into what we can do about either Russian ships or ships with links to Russia using UK ports”, a spokesperson for the government replied when asked by the Independent about another Russian ship that is due to arrive later this week to collect oil in Orkney.

At present, there are no sanctions in place against energy exports from Russia, which is the country’s main source of foreign currency. Banks with links to Russian energy trade have been hit with sanctions though, which makes financial transactions much more difficult to carry out.