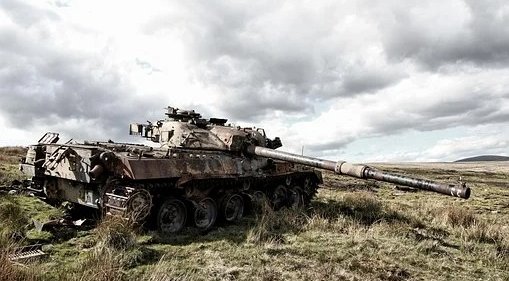 Secret location: Tamworth dad and family flee war-torn Kyiv. The family woke up to a “sonic boom” as the Russian attacks started.

Adam Pate from Tamworth had been living in Ukraine’s Kyiv. He had to flee the country with his family as Russia invaded.

Adam, his wife and their two children have headed for the mountains. Adam spoke to BirminghamLive from a secret location. He revealed: “We are some of the luckier ones at the moment,”

“We feel safe enough. We are bedding in now. We are just taking each day as it comes, it is all we can do. If we think they are starting in this region we will probably go to Romania but until that time we will stay here.”

Adam tries to stay in contact with his family. He commented: “Ideally we want to go home and start rebuilding Kyiv but until it is safe we can’t do it, I cannot risk it. I talk to my friends and family everyday.

“You look at your phone to see if they are online and if not when the last time they were. You wonder if they are sleeping if they don’t answer. It is just constant panicking.

“Our eldest, who is eight, is aware of what is going on. We tried to hide it from her but she listens to our conversations, the news is 24/7 war and she has started asking questions so we felt we had to tell her.

“Our little one is three and is happy as Larry playing, it is like a little holiday for him. He does mention bombing but most of the time he is having a good giggle.”

“Obviously the kids were very scared as well. It was about 5am, I had just woken up in the bedroom and you could hear like a sonic boom. I just thought ‘it’s here’.

“I woke up my wife and kids and ran to a room which was on the other side of the house. We just saw the sky light up and there were another two or three booms one after the other.

“The sky lit up as each one went off. You could hear cars screeching into the distance, everyone knew what it meant.

“We hid away while that was on and then jumped in the car. We knew war had been declared at that stage and got out of Kyiv.

“It was hard going travelling on the first day. We stayed about half way between there and where we are now at night but in the early hours of Friday morning there was a missile attack on that city as well.”

The family is said to be safe at the moment but is keeping its location a secret.

Adam stated: “It is very quiet. I am outside at the moment and you are the only thing I can hear at all.”

He went on to add: “One of the things we are being encouraged is not to mention our locations on any mobile networks or anything because we don’t know who is listening so I can’t actually tell you.

“I have three quarters of a tank in my car at the moment. Food supplies are still fine where we are. I know they are becoming more of a problem in other parts of the country.”