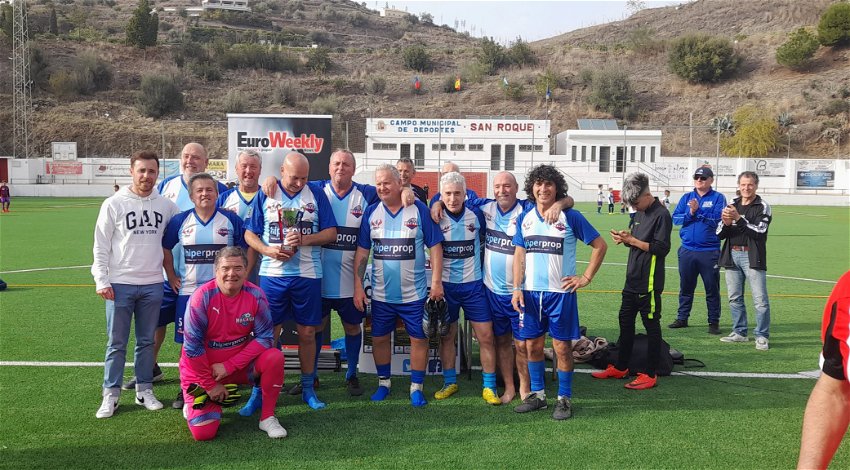 Ten teams from all over Spain faced each other in the Walking Football Iberia Cup on Saturday, February 26, at the San Roque municipal pitch in Torrox.

This was a very special event for Torrox, as the tournament, sponsored by EWN, was the first of its kind in Spain. The tournament raised funds for the local food bank and other causes.

Walking football has become very popular in Europe among over-50s. As the name suggests, players are not allowed to run, and the ball must not travel through the air. As there is no contact, the risk of injury is minimal.

The tournament could not have been possible without the support from the Torrox Town Hall. The councillor for Sports, José Manuel Fernández Nieto, explained that it had all started when a few people from the UK had spoken with him about using the pitch for one or two hours a week for training. The Town Hall was fully supportive of the idea and even provided the pitch for free.

The Torrox Tornadoes, led by Steven Lynton, had only been training for a few weeks before the tournament. The team is international, with players from Belgium, the Netherlands, Ireland and Scotland. The final was played between Malaga and Bilbao, and Bilbao won, but the day was enjoyed by all.

Both the team and the Town Hall hope to have more locals join the team over the next few weeks once the word has spread. As one of the aims of the team is to integrate the growing international community into the local area, new players, particularly Spanish ones, are encouraged to take up the sport for fun, fitness and friendship.