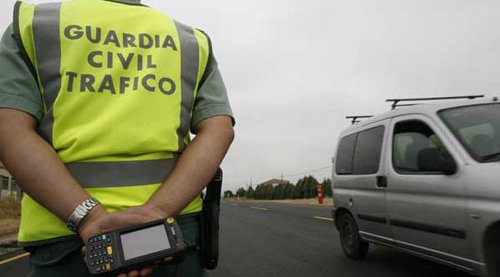 The General Directorate of Traffic (DGT) will introduce a series of new measures this month, as the new Law on Traffic, Circulation of Motor Vehicles, and Road Safety, comes into force.

These actions are aimed at curbing road accidents, and improving the safety of all users, especially the most vulnerable, while also promoting responsible driving. As a result, the most dangerous and reckless attitudes will be punished more harshly.

One of the most striking new regulations that will begin to be applied on March 21 is based on the fight against drinking and driving, with the new so-called 0.0 rate being established. With this new measure, not one single drop of alcohol will be permitted in a driver’s system. This is a step towards the ultimate goal of there being no alcohol-related traffic accidents by 2050.

The measure is partial of course, since it will only affect a certain group of users, more specifically young people. Those under 18 are currently prohibited from driving B1 license cars, but can drive mopeds, light quadricycles, electric scooters, bicycles, and motorcycles with less than 125cc.

In order to put an end to the increasing number of cases of young people who ride a scooter or bicycle while intoxicated in cities, this measure has been focused on them.

With the new zero rate, it means that when breathalysed, even the smallest amount of alcohol cannot be detected in underage drivers, that is, 0 g/l in blood, and 0 mg/l in expired air. Fines will range from between €500 and €1,000.

Other measures that will begin to be applied this month are based on the reduction of speeds, the regulation of personal mobility vehicles (VMP), and the tightening of various sanctions.

To publicize the changes, the campaign “New times, new rules” has been launched, which explains through social networks all about the restrictions and sanctions that are going to be introduced.

These include the prohibition of stopping or parking in a bike lane, which happens to be a serious infraction, which will incur a fine of €200. Users of scooters, and other personal mobility vehicles (VMP), will not be able to use headphones connected to music or sound players, or they face a penalty of €200, as reported by sevilla.abc.es.