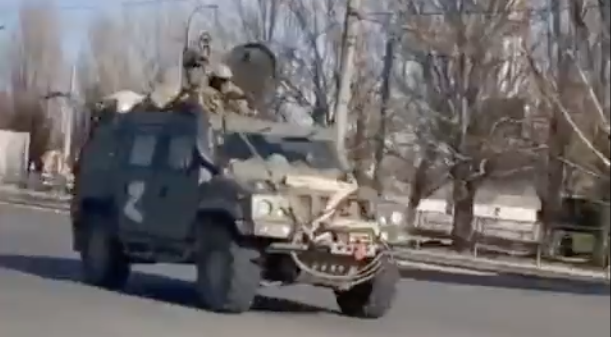 EARLY reports on Tuesday, March 1 have revealed that Ukraine’s strategic city of Kherson has fallen to Russian troops.

Kherson is an important port on the Black Sea and on the Dnieper River, and the home of a major ship-building industry. Russian forces are believed to have set up checkpoints on the outskirts of the southern Ukrainian city, near Moscow-controlled Crimea.

The mayor of Kherson Igor Kolykhayev announced that Russian troops had formed a blockade around the city, which has a population of around 280,000 people, and video footage shows tanks patrolling the area.

“The Russian army has set up roadblocks at the entrances to Kherson. It is difficult to say how the situation will develop further,” Kolykhayev said.

“Kherson has been and will stay Ukrainian,” he further stated.

“Today, I am responsible for the life of our city and provide protection in the way that our capabilities allow,” Kholykhayev said on March 1.

He asked people not to leave their homes outside curfew hours, according to CNN.

“The greatest value this city has is your lives. This is not a fight, this is a war,” he said.

The Russian army also says it controls the port city of Berdyansk, which lies northwest of Crimea on the Azov Sea. According to local media reports and video footage online, the Armed Forces of Ukraine from Mariupol shelled the port of Berdyansk in order to try to regain control of the city.