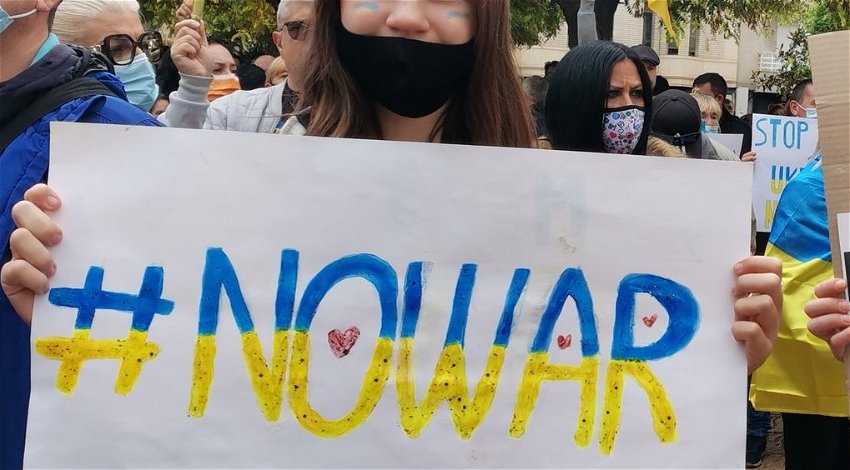 THE Costa Blanca city of Torrevieja has reportedly begun to welcome refugees from the Ukraine-Russia crisis and is said to be sending food to Ukraine to help the county’s residents.

The city of Torrevieja, with more than 3,200 Ukrainian residents, is already receiving the first applications from people fleeing Ukraine after the country was invaded by Russia, EFE reports on Wednesday, March 2.

The Alicante municipality, which is believed to have one in ten residents either from Russia or Ukraine, has already been sending food to Ukraine. The Department of NGOs and Volunteers in Torrevieja has already set up a solidarity collection point to send humanitarian aid to Ukraine, according to their Twitter post.

Municipal sources have indicated to EFE that Russian citizens have also been trying to sign up to the municipal register, although it is mostly Ukrainian migrants looking to make it to the Costa Blancan city.

Protests to the Russian invasion of Ukraine have taken place in Torrevieja since Monday, February 28, with the Plaza de la Constitución hosting peaceful demonstrations.

“Today is Ukraine, tomorrow it could be the whole world” was the sentiment from Natalia Zhezhnyavska, secretary of the Association of Ukrainians of Torrevieja, who broke the silence of the protestors with an anti-aircraft alarm.

“This is the sound with which Ukraine wakes up and lives since February 24, 2022”, Zhezhnyavska said.

Men, women and children gathered with Ukrainian flags, although flags from neighbouring countries were also on display, alongside banners with children’s handwriting calling for the end of the war, as reported by Alicante Plaza.

Zhezhnyavska announced at the February 28 event that Torrevieja welcomes Ukrainian refugees and that “cheap rental flats and houses were needed to give shelter” to children and families who need them.

In further news, the Spanish government announced on February 28 that it would speed up procedures to protect Ukrainians living in Spain.