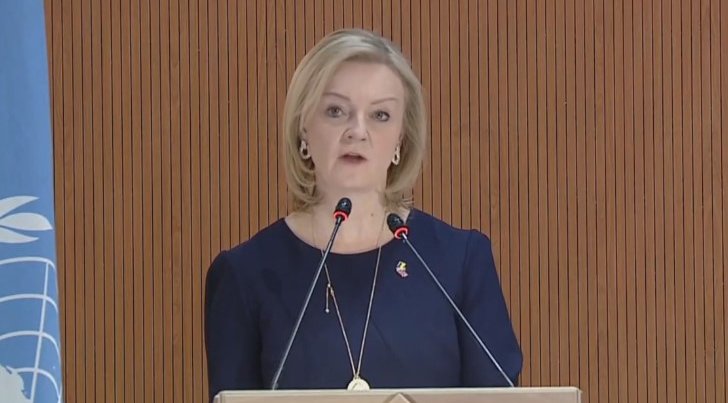 British Foreign Secretary, Liz Truss today, Tuesday, February 1, announced on behalf of the Foreign, Commonwealth and Development Office, that all Russian ships are now banned from entering any port in the UK.

“The ban includes any vessels owned or operated by anyone connected to Russia, and authorities will also gain new powers to detain Russian vessels”, said a statement that was released.

British individuals or organisations are also banned from providing the Central Bank of the Russian Federation with financial services. This also applies to the National Wealth Fund, and the Ministry of Finance.

“We said Putin and those around him would pay the price for their unprovoked and illegal invasion of Ukraine, and we are being true to our word”, said the Foreign Secretary.

She continued, ‘The ban on Russian ships from UK ports, and new economic sanctions against key Russian financial institutions including its central bank, in close co-ordination with our allies, will degrade Russia’s economy and help make sure Putin loses”.

“We stand with Ukraine, its people, and its democracy, and will continue to support them diplomatically, economically, politically, and defensively”, Ms Truss added.

An additional £80 million in aid will be given to Ukraine, bringing the total to £120 million in humanitarian aid provided by the UK to Ukraine. Just last weekend, a package worth around £40 million had been announced, to give struggling residents access to medical supplies, and basic necessities.

The Official Development Assistance funding for Ukraine was announced in February, an economic package worth £100 million. This was designed to reduce the reliance on Russian gas exports, and help to bolster the economy, as reported by dailymail.co.uk.