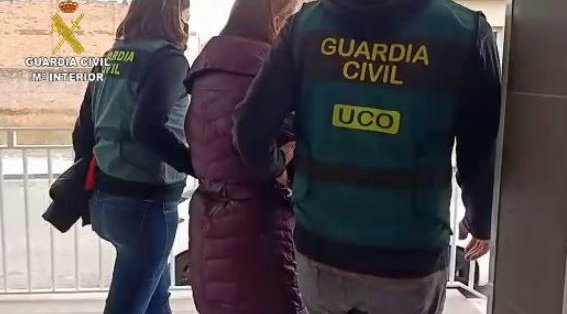 UK’s most wanted woman arrested in Spain. The woman was a fugitive from justice and the members of her gang had already been caught.

Officers from the Guardia Civil have successfully arrested a woman who was part of a money-laundering operation. She had been wanted since 2013. She had belonged to a criminal organisation that consisted of 16 people.

In late February the Guardia Civil arrested the woman in Tarragona’s Santa Barbara. The woman is a British citizen and is 47 years old. She was wanted in the United Kingdom for money laundering crimes. She was the only member of the criminal group who was still at large.

As reported by La Noncion: “The organisation, of which she was a member, was involved in VAT fraud in the purchase and sale of mobile phones. The phones were purchased abroad without VAT and resold in the UK, resulting in a profit estimated by HM Revenue and Customs (HMRC) to be in excess of £1 billion.”

Investigators in Britain believed that she had been in charge of laundering the profits from the criminal organisation. She had allegedly used multiple companies in Spain, Dubai and Andorra to launder the money.

The other members of the gang were tried in 2013. The woman was tried in her absence and sentenced to eight years in prison.

The woman had ties in Spain and it was thought that she could have been hiding out in the country. She had kept up links since her adolescence with family in Spain. She also had academic ties in the country. The HMRC called on the Guardia Civil to locate the woman.

In 2015 she had spent time in Barcelona but had managed to avoid police detection. She had changed her appearance and fled when the police got closer to tracking her down.

In February 2022, the woman though was discovered to be hiding in Santa Bárbara. A surveillance operation was set up in the town that lasted for several weeks. On February 27, plainclothes officers arrested her.

She was handed over to the courts. The decision was made to place her in prison until she could be extradited.