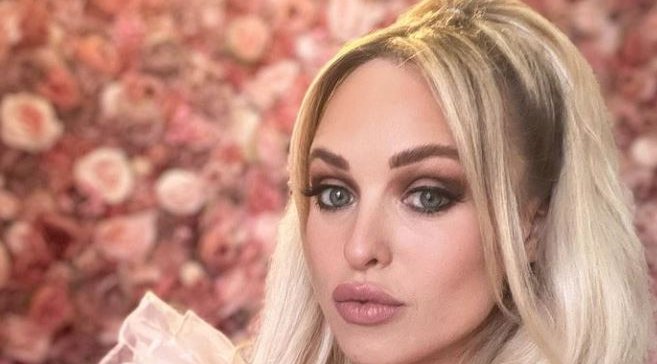 The former Hollyoaks star had previously spoken to Ollie Piotrowski about her miscarriage. On March 2, Jorgie appeared on Loose Women. She told the audience how the miscarriage had brought the couple together.

Jorgie started by telling fans how she found out that she was pregnant with quadruplets.

She said: “Obviously we were happy when we got the early scan, the doctor was a bit unsure about what to tell us,”

“They said that we can see three sacks… then we were told that there were four sacks.”

She went on to open up about the devastating miscarriage. Jorgie revealed: “It was an extreme circumstance,”

“On the fifth or sixth scan she said you’ve had a miscarriage.”

Jorgie and partner Ollie had to decide whether to have surgery or have a natural miscarriage.

Jorgie explained: “We went with the route of surgery because I didn’t want to witness anything,”

“They said that there could have been a lot of blood loss.”

“I was sad… it was thrown on us that it was a miscarriage… as a man, [i felt] really helpless.

“As soon as it happened, I cried and [Jorgie] stayed strong, then a week later [Jorgie] cried and I had to stay strong.”

According to The Mirror, Jorgie was initially unsure if she wanted to be a mum.

Last year Jorgie stated: “Ollie said he could see himself having children with me, and it was a big moment, because I felt like I absolutely wanted children with him, too.

“I remember driving to work thinking, ‘I want to come off the Pill’. I’d been dating him for less than a year, but I knew I wanted him to father my kids.”