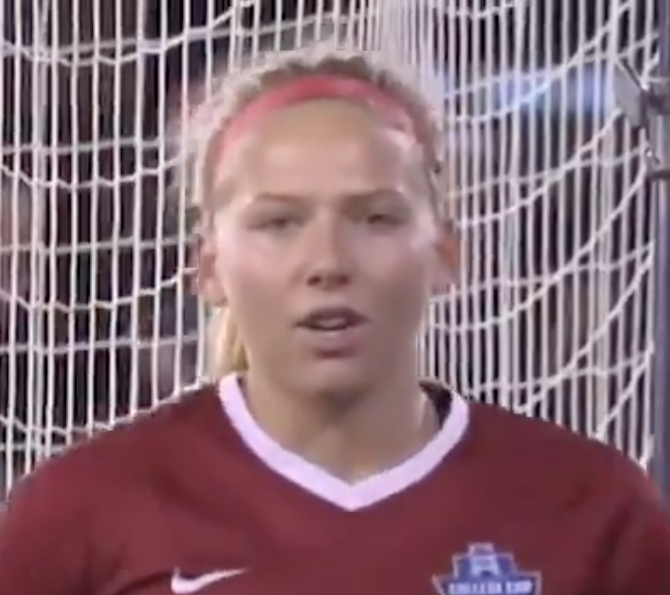 TRAGIC NEWS – Promising young female footballer Katie Meyer has tragically died at the age of 22, according to Stanford University. No cause of death has been given.

Stanford first announced the death of a student at one of its residence halls on Monday, February 28 before it was confirmed to be the young goalkeeper, as reported by the New York Post.

Katie, who played as keeper for the Cardinals and also captained the team, was considered to be an emerging talent in the sport after guiding her team to victory in the 2019 NCAA College Cup championship game against North Carolina.

“Please join us in offering our deepest condolences to her parents and sisters,” university officials said of Meyer in a statement on Wednesday, March 2. “We would also like to extend our heartfelt condolences to Katie’s friends, hallmates, classmates, teammates, faculty and coaches.”

“Katie was extraordinarily committed to everything and everyone in her world,” Stanford vice provost for student affairs Susie Brubaker-Cole and athletic director Bernard Muir said in a message to the campus community on the university’s communications site.

“Her friends describe her as a larger-than-life team player in all her pursuits, from choosing an academic discipline she said ‘changed my perspective on the world and the very important challenges that we need to work together to overcome’ to the passion she brought to the Cardinal women’s soccer program and to women’s sports in general,” a statement read.

“Fiercely competitive, Katie made two critical saves in a penalty shootout against North Carolina to help Stanford win its third NCAA women’s soccer championship in 2019. Katie was a bright shining light for so many on the field and in our community.

“There are no words to express the emptiness that we feel at this moment. We are reaching out to all of you in our community, because this impacts all of us. Please know that you are not alone,” it concluded.