Mayor of Malaga agrees to return Pushkin Medal to Putin 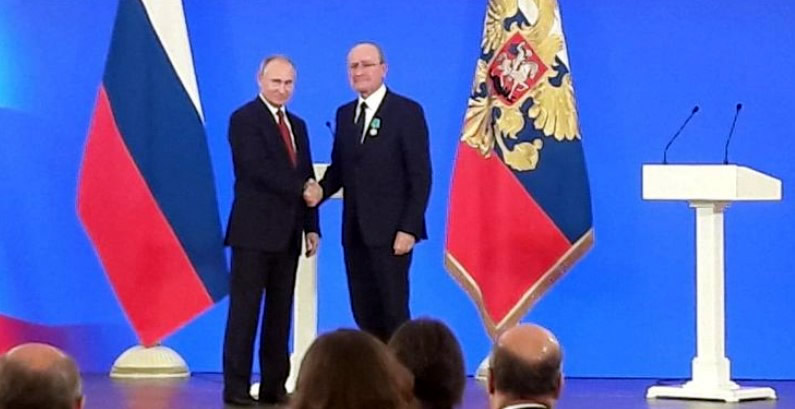 Pushkin Medal to be returned to Vladimir Putin by Francisco de la Torre, the mayor of Malaga

Francisco de la Torre, the mayor of Malaga, has today, Friday, March 4, put an end to the recent controversy surrounding the future of the Pushkin Medal that he received in 2018 from Russin President Vladimir Putin.

The mayor announced that he will return the Pushkin medal that was given as a state decoration by Moscow to recognise the good cultural relations between Malaga and Russia. After the invasion of Ukraine, this decoration has become an unwanted and uncomfortable distinction.

Mr De la Torre insisted that he has not yet been able to contact the Russian ambassador in Spain, but that once he does, he will inform him of his decision. He reiterated, “I don’t give a damn about medals. There is a photo from 2018 with which they want to build a whole posture speech”.

Malaga City Council also announced that it has paralysed all credit transfers to the Russian Museum in Tabacalera until further notice, while the war lasts. This link has been disabled by the economic blockade that the European Union has activated against Russia.

Yesterday, Thursday 3, when questioned by journalists, De la Torre subordinated the suspension of money transfers to the European sanctions policy. As a result, there are no transfers of money to the State Russian Museum.

The museum’s contract was extended until 2035, involving a total of €400,000, but now there will be no renewal of exhibitions, which was scheduled for April. However, the art gallery in Tabacalera will remain open.

“Yes, it is advised that we keep the museum open, because it is not good to cut off that presence, and maintain a message that culture is above barbarism”, Francisco de la Torre argued, clarifying that the museum is in a state of ” hibernation”.

According to the mayor, this was the conclusion that was reached after a call with Guzman Palacio, the director of Cultural and Scientific Relations of the Ministry of Foreign Affairs.

As for the possibility of the works remaining in the Museum without financial compensation, De la Torre said that both parties will have to study it legally. “The City Council cannot function in isolation from the national and European global context, and I have tried to do so from the beginning”, he concluded, as reported by laopiniondemalaga.es.