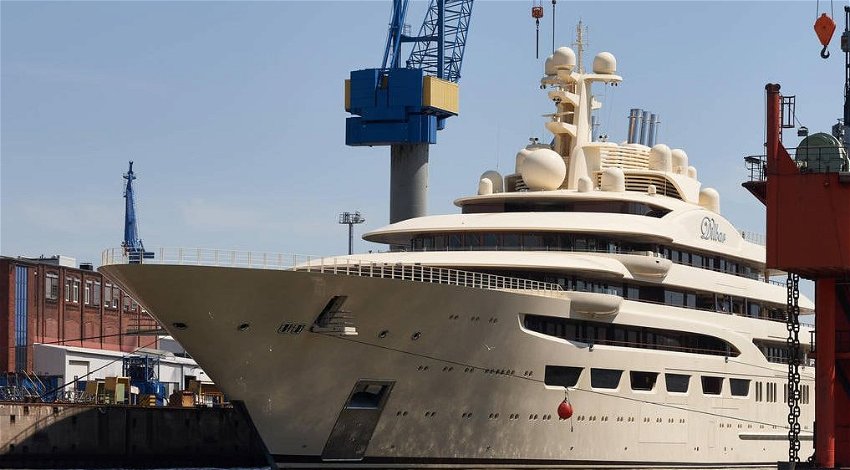 DESPITE having multiple assets seized already, including luxury superyachts, Britain is calling for Russian oligarchs to face heavier sanctions.

Dominic Raab, the British Deputy Prime Minister, has backed plans on Friday, March 4 to seize mansions from Putin’s wealthy allies and use them to house Ukrainian refugees.

The Daily Mail is reporting that the 48-year-old Justice Secretary said properties should ‘absolutely’ be requisitioned and used to accommodate those fleeing from Russian invasion IF the government can legally do so.

The Deputy PM, who also suggested that if Putin is found guilty of war crimes in Ukraine then Britain is ready to jail him, made the statement after two more oligarchs, Uzbekistan-born Russian billionaire Alisher Usmanov and ex-Kremlin deputy prime minister Igor Shuvalov, were hit with sanctions.

The UK has now sanctioned 15 of Putin’s associates.

Alisher Usmanov, the former Arsenal majority shareholder and current Everton shareholder, and Igor Shuvalov had their assets fully frozen by the UK government, while a travel ban was also imposed.

Usmanov owns Beechwood House in Highgate, worth an estimated £48 million, and the 16th century Sutton Place estate in Surrey.

Igor Shuvalov’s assets in the UK include 2 luxury apartments in central London worth an estimated £11 million. He is a core part of Putin’s inner circle, and headed up Russia’s bid for the 2018 Football World Cup.

“For as long as Putin continues his barbaric attack on innocent Ukrainians we will continue to exert every power we have to inflict maximum economic pain on Putin and his war machine.”

Foreign Secretary Liz Truss said: “Our message to Putin and his allies has been clear from day one – invading Ukraine would have serious and crippling economic consequences. Sanctioning Usmanov and Shuvalov sends a clear message that we will hit oligarchs and individuals closely associated with the Putin regime and his barbarous war. We won’t stop here. Our aim is to cripple the Russian economy and starve Putin’s war machine.”