Spanish journalist arrested in Poland accused of being a Russian spy 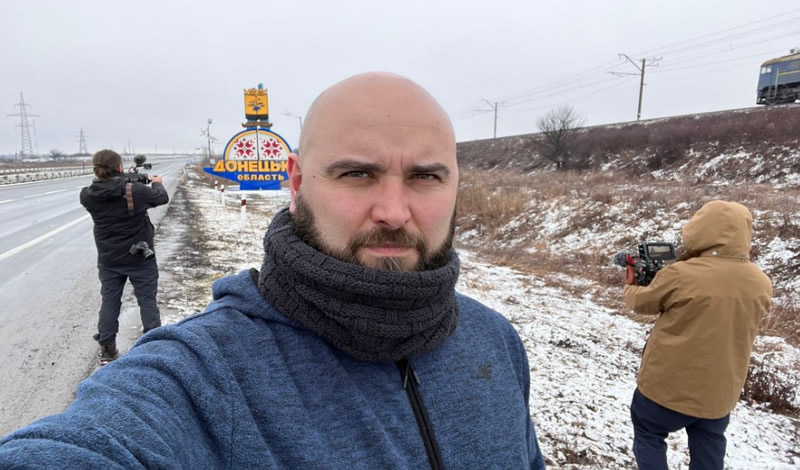 Pablo Gonzalez, a Spanish journalist, has been arrested and charged by the Polish authorities, accused of spying for Russia. In a statement released this Friday, March 4, the Polish government detailed that the Internal Security Agency (ABW) captured him during the night of February 27 to 28 “on suspicion” of “participating in foreign intelligence activities against Poland”.

The organisation Reporters Without Borders, which had already denounced his arrest near the border with Ukraine, reported that he was held for more than 72 hours without being allowed to speak with his lawyer or consular services. Foreign sources point out that they have finally been able to maintain telephone contact with him, but not in person.

Gonzalez, has collaborated for Spanish media such as the newspaper Público, and La Sexta, and was working in Poland. His last tweet was published at 00:13 on February 28.

His lawyer, Gonzalo Boye, reported yesterday, Thursday 3, that after four days, the Consulate of Spain had informed him that Poland had attributed his client to “a crime of espionage of article 130.1 of the Polish Penal Code, and that he is in provisional prison in Rzeszow prison”.

“Pablo is still detained without his family and his defence having been able to speak with him, or knowing the charges, his whereabouts or his state of health. He has been in solitary confinement since Monday, and no one gives an explanation”, Boye said previously.

Jose Manuel Albares, Spain’s Foreign Minister,  explained on Thursday that they had already confirmed the arrest, and added: “We are going to offer consular assistance and assist you in everything, as we do with all Spaniards who are detained”.

In their statement today, Poland identified Gonzalez as “a Spanish citizen of Russian origin”, without using his actual name. It continued, “He was arrested in Przemysl (a city a few kilometres from the Ukrainian border). He was identified as an agent of the Main Intelligence Directorate of the General Staff of the Armed Forces of the Russian Federation (GRU)”.

Polish authorities claim to have a lot of “evidence” against Gonzalez, stating, “He carried out operations for the benefit of Russia, benefiting from his status as a journalist, which allowed him to travel freely around the world and Europe, including areas of military conflict, and territories marked by political tensions”.

Adding, “The detainee was obtaining information that, although it was used by the Russian special services, could have had a direct negative impact on the external and internal security of Poland, as well as on the Polish defence. Before his arrest, he planned to travel to Ukraine to continue his activity”.

They added that he is accused “of participating in the activities of foreign intelligence services against the Republic of Poland, which is punishable by 10 years in prison. He has been temporarily arrested for three months”.

Sources of his defence explain that they are awaiting authorisation from Poland to travel to the prison to visit him. Ohiana Goiriena, his wife, who lives in Gernika, in Vizcaya, explained to EFE that her partner, with whom she has three children, was born in Russia, and that he and the children have gone “often” to the country.

Goiriena told the news agency that she has not heard from her husband, and that she does not believe the accusations of espionage, as reported by elpais.com.