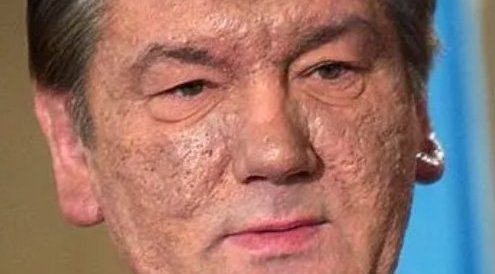 FORMER Ukraine President Viktor Yushchenko has returned to prominence since the start of Russia’s invasion of his country due to recent revelations that the current president, Volodymyr Zelensky, has had multiple assassinations attempts made against him.

Yushchenko was Ukraine’s third president and after being elected in 2004 and taking office in 2005, remained in power until 2010.

However, during the country’s presidential election in 2004, Yushchenko became seriously ill.

In September of that year, the president-elect was transported to a hospital in Vienna, Austria, suffering from intestinal issues as well as face disfigurement with jaundice and pockmarks.

It is believed that during dinner with three men from Ukraine’s security services, Yushchenko was supposedly poisoned.

Years later, he recalled: “When I arrived home, I kissed my wife and the first thing she said was ‘your lips taste metallic’.”

He described how on the second or third day after the diner “my body started swelling, my head grew in size dramatically,” before he started from suffering from “inflammation and pus forming all over my body”.

According to the New York Times, subsequent tests revealed that Yushchenko had been poisoned with dioxin, a chemical found in agent orange. In fact, doctors at the time said his blood dioxin level was “more than 1,000 times” normal and suggested he had eaten the poison.

“It is my growing conviction that what happened to me was an act of political reprisal against a politician in opposition. The aim, naturally, was to kill me,” Yushchenko said at the time.

Ukraine’s current president Volodymyr Zelensky, who was elected in 2019 and is the country’s sixth leader, has revealed that he has thwarted three attempts on his life since the start of the war with Russia.

The shadowy Kremlin-backed Wagner Group was behind two of the attempts, according to the Times, while Chechen forces were reportedly behind the other.