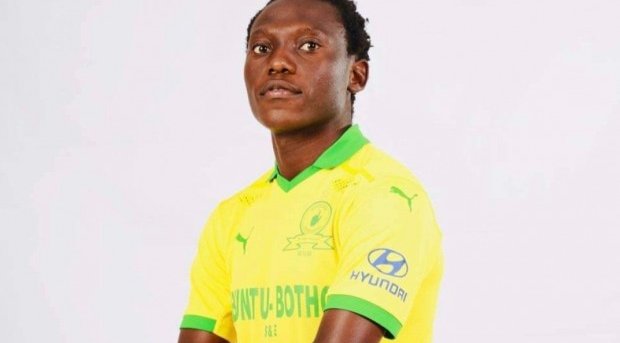 A PROMISING young footballer from South Africa, who was reportedly heading to Malaga (Spain) in the hopes of securing a new club, dies in tragic circumstances on Tuesday, March 1.

21-year-old Lesiba Ramabula was struck by lightning while walking to the park to play football with his friends.

The former Mamelodi Sundowns reserve team player was rushed to hospital along with his friend but sadly Ramabula was pronounced dead on arrival. His friend is believed to have survived the natural disaster, according to local media reports.

Willy Moloto, who was working with Ramabula at Turfloop FC, said they were preparing to take the player to Spain in June, with the hope that he would secure a move, according to Soccer Laduma.

“We lost the next Lucas Radebe because he was so versatile and he was a leader,” Moloto said.

“I went to his family on Tuesday, March 1. His mother called me. Even when he was at Sundowns, the mother would ask me about his contracts to find out what was happening and she also wanted me to be a mentor to him. He was starting to show something after Sundowns released him. I called him to come work with us at Turfloop FC, so we were working so hard to assist him,” said Moloto, who is currently the technical director at Turfloop FC.

He revealed: “I was also speaking to people in Malaga, Spain to take a look at him. So we were preparing for him to go that side in June. We were still in talks, so this is a big loss,” he concluded.

A spokesperson for the Limpopo Department of Social Development said: “After learning about this tragic incident, we immediately activated a team of social workers who will reach out to the family and start providing psychosocial support services.

“We know the family is obviously going through a lot, as they lost a young man who is said to be a promising soccer star. Our social workers will also extend the same service to the survivor and other affected parties.”

“We express our heartfelt condolences to the bereaved family and wish his friend a speedy recovery.”