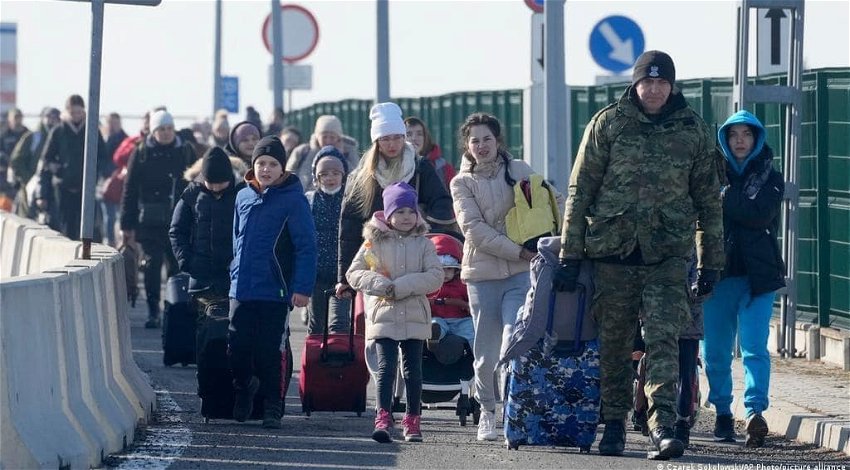 The British police have sent out a call to anyone who have been a victim of or seen a war crime being committed in the Ukraine over the past nine years to make contact with them. The request is part of an investigation by the International Criminal Court (ICC) into alleged war crimes in the country.

The Police has said they want to hear from anyone who is in the UK and who may evidence of war crimes since November 2013, to make contact with them. The call does not just relate to the current invasion but also to the annexation of the Crimea by Russia.

A statement issued by the Met Police said: “Evidence provided to and gathered by the Met’s War Crimes Team may then be shared with the ICC to assist with their ongoing investigation.

“At this time, and in line with jointly established guidelines with the Crown Prosecution Service, there is no UK-based investigation by the War Crimes Team into war crimes in Ukraine.”

With the invasion more than a week old, civilian casualties are put at 249 by the United Nations (UN) although local sources say that figure now exceeds 2,000.

The current investigation has been promoted by the use of banned weapons including cluster bombs, and the seemingly indiscriminate bombing of Ukrainian cities.

Karim Khan, a British lawyer who is the Chief Prosecutor of the ICC, has said the crisis in Ukraine was a chance to demonstrate that those committing war crimes would be held to account.

In a letter he sent to an advance team of investigators and lawyers to the region, he said: “I think the world is watching. The world expects better,” said “Any side that targets – directly targets – civilians or civilian objects is committing a crime.”

Mr Khan said his office would be examining possible war crimes, crimes against humanity and genocide,  the offences under the court’s jurisdiction,  by all parties in the conflict.

Neither Russia nor Ukraine are members of the ICC, and Moscow does not recognise the court, which was established in 1997 by the Rome Statute and opened in The Hague in 2002.

Though not a member of the ICC, Ukraine signed a declaration in 2014 giving the court jurisdiction over alleged grave crimes committed on its territory from 2014 onwards regardless of the nationality of the perpetrators.

The US ambassador to the European Office of the UN, Sheba Crocker, has said: “We are deeply alarmed by daily reports of civilian casualties and of Russia’s deployment of weapons such as cluster munitions and thermobarics against cities where innocent people are sheltering.”

Boris Johnson has also accused Vladimir Putin, the Russian President, of committing war crimes. His views have been supported by Justice Secretary Dominic Raab who said this week that Russian commanders will be hunted down if they follow Mr Putin’s orders in Ukraine. He added that the UK is already planning to help identify and find fugitives suspected of war crimes.

In November 2013, large pro-Europe protests took place in the Ukrainian capital Kyiv against the rule of then pro-Moscow president Viktor Yanukovich’s government, with authorities launching a crackdown.

Then in February 2014, Russia invaded and annexed the Crimean Peninsula from Ukraine.

Commander Richard Smith, head of the Met’s Counter Terrorism Command, has asked for people to submit direct messages, images or videos that friends or relatives here in the UK have been sent by those in Ukraine.

They would also like to hear from people who have been victims or know of any victims that may have come to the UK.

It is understood that officers based at ports will also be asking people arriving into the UK whether they may have any evidence for the ICC investigation.

Anyone with information on Ukraine war crimes can report it via: https://www.met.police.uk/advice/advice-and-information/war-crimes/af/report-a-war-crime/.