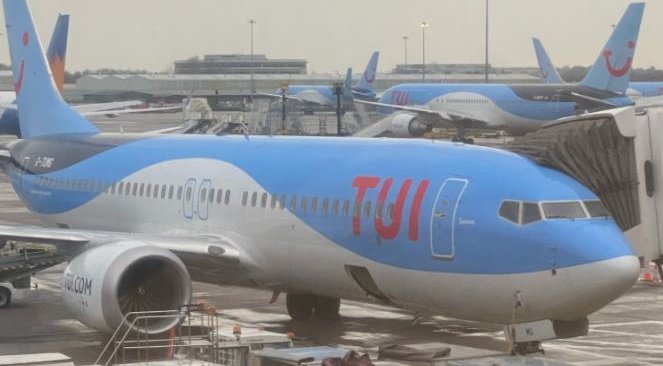 Izabela and Wojeciech Przybsz were heading out from Manchester Airport for a dream holiday in Madeira. The holiday had been planned to celebrate their 15th anniversary. As reported by Hull Live, the couple’s holiday plans were ruined after the disaster struck at Manchester airport.

The couple had checked in online before the holiday. They had arrived at the airport with plenty of time and had already printed out their boarding passes. The couple claim though that they were hit with nearly eight hours of delays at the airport which led them to miss their flight.

Wojeciech revealed: “So we got to airport, as recommended, at least two hours before our flight was due to take off.

“We got there and were told by two TUI reps to go to the end of a massive queue. We lost plenty of time queuing there, before a TUI rep then said we were queuing in the wrong place.

“By the time we got to TUI check-in hall and were finally placed in the right queue for our destination, we were losing time before the flight – we hadn’t even been through security yet.”

Wojeciech revealed that a TUI rep had said that the family would make their flight.

The couple made it through security and finally got to the gate. TUI staff allegedly said they were too late.

Commenting on the couple’s dream holiday slipping away Wojeciech explained: “They told us to book an independent flight if we want and pay extra money at our own cost. But they owe us over £1,000 for the holiday they didn’t provide.

“We checked in online four days before the flight, this isn’t our fault. We couldn’t get our baggage back for nearly four hours.

“Nobody knew where it was. It was chaos, misinformation, one agent contradicting another, we were being sent from one place to another. In total, we spent over eight hours in that airport.”

TUI reportedly responded by email to the couple and said: “I’m very sorry for the inconveniences and the delay on the solution for your case, you would understand that this is not a common situation and we are finding out the best solution for you.

“We strongly suggest you contact your insurance company as we do not cover missed flights. If you wish, we can refer you to our pre-travel department to see if your case qualifies for a change of holiday. I hope this information is useful to you.”

Speaking to The Daily Star TUI commented: “We’d like to sincerely apologise to Mr and Mrs Przybysz for the delay they experienced ahead of their holiday.

“We understand how frustrating and disappointing this will have been and are very sorry for the inconvenience caused. We will be in contact with the customer as soon as we can to resolve the matter.”