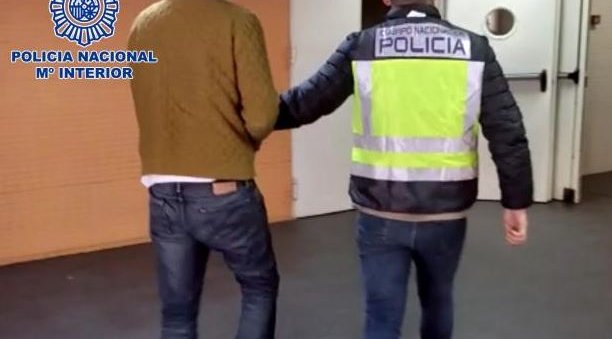 Belgian fugitive caught in Spain’s Alicante. The man had a European Arrest warrant out for his extradition.

Officers from the National Police in Alicante’s Altea caught a 46-year-old man who was wanted by the Belgium authorities. The man was wanted for drug trafficking, money laundering and belonging to a criminal organisation. The Belgian authorities had already sentenced the man to 8 years in prison.

According to the police, the man had been sentenced by a court in Ghent to 8 years in prison. This prison sentence cannot be appealed. As the man could not be found in Belgium a European Arrest Warrant for extradition was issued.

The search for the criminal in Alicante was led by officers from the Organised Crime Group of the Judicial Police Brigade of the Alicante Police Station. Reports had been received to say that the fugitive was in the Marina Baixa region. An investigation was launched and the man was located in Altea.

The officers set up an operation and caught the fugitive as he wandered through the streets close to his house.

The Belgium national has been accused of being the ringleader of a criminal organisation in Belgium. He had reportedly led the gang between 2012 and 2017. According to the Belgian authorities the man had been responsible for trafficking over 1,500 kilos of cocaine. He had reportedly used a specially converted boat to carry out the drug-trafficking.

The Belgian national has been placed at the courts’ disposal. The courts will be responsible for the procedure for extraditing the criminal under the European Arrest Warrant.