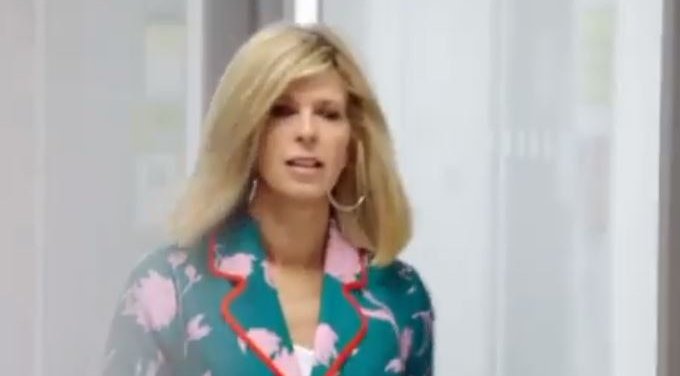 According to The Mail Online, the business originally set up by Derek is set to go bust. Kate had taken on a directorship at the company in a bid to keep the business alive.

Kate recently revealed that eventually, money will run out. Derek needs round-the-clock care and this is expensive.

Kate is a director of Derek’s company Astra Aspera Limited. In a fresh blow, the company is said to be going bust. A source told The Mail Online: “Astra Aspera was primarily Derek’s company, he was the director. Kate was made director last February so that she could attempt to keep it going.

“Kate has done her very best to do that while Derek has been incredibly ill. However, he has been unable to work, his revenue has stopped entirely and is unlikely to return in the near future.”

The source went on to add: “Kate has other jobs on GMB and Smooth Radio, but with her massively increased costs it wasn’t possible to keep the company going, so has to be folded.”

Kate recently spoke to This Morning hosts Phillip Schofield and Holly Willoughby about the care that Derek needs. Holly commented: “That’s what really struck me about it is the amount of care he needs. Like this is around the clock isn’t it?”

After discussing Derek’s recent trip to Mexico Kate commented: “That came at a really low point when I thought, ‘oh god, this is not sustainable’.

“The system, I mean I don’t believe we can have 24 hour care forever, you know there’s a point where money runs out!

“It’s a big moment, I was thinking, ‘this isn’t sustainable’ and if there isn’t the structure there to help long term, what are we actually going to do? Because we can’t give up on him.”