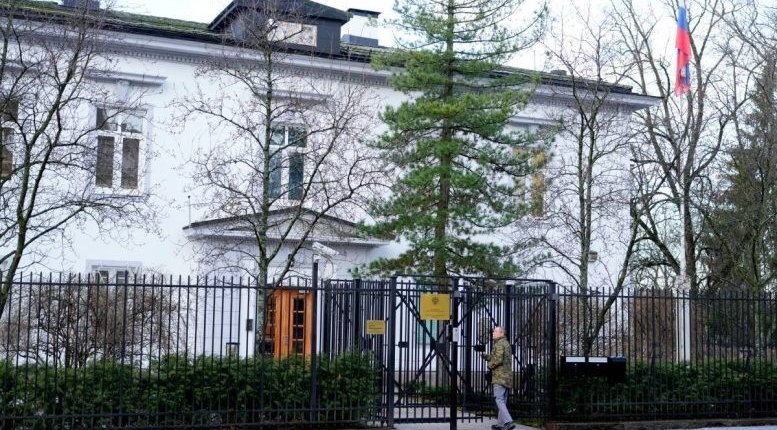 First reported by the newspaper Aftenposten, the proposal to give the Russian embassy in Oslo a new address was put forward by the Green Party (MDG). The change in the name of the 1.5 kilometre street of road would be a constant reminder of the illegal and tragic invasion of the Ukraine.

Group Leader for MDG in the committee, Maja K. Rynning, said: “The proposal was positively received by everyone in the committee meeting this week. Now the other parties will discuss the proposal, and we hope that as many as possible will support it.”

The leader added that this is one way the city of Olso can both remember the tragedy as well as to show our solidarity with the country and its people. It would also be a long lasting reminder for Russia of our opposition to their invasion of a sovereign state.

Should the proposal be adopted, the address and street sign on the fence of the Russian embassy in Oslo will be changed from Drammensveien 74 to Ukrainas gate.

Karin Beate Theodorsen SV representative said: “We do not yet know if it is technically possible. But I reckon that the committee is in favour of calling it Ukrainas gate, so one would have to take up the technicalities associated with a name change afterward.”

Should Oslo go ahead with a new address for the Russian Embassy it would no doubt result in other countries considering similar moves as the world seeks to show its support for the Ukrainians and to protest the invasion in a peaceful manner.