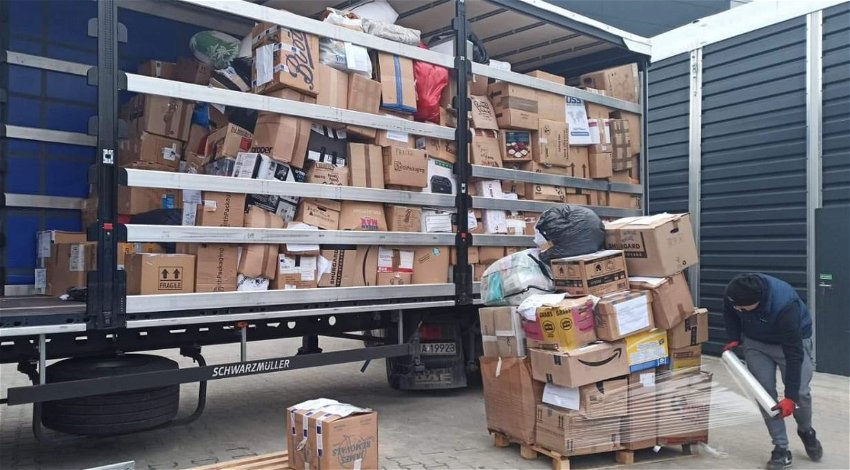 According to charity workers, Post-Brexit red tape is making it difficult to get donations to Ukraine. London’s Lewisham Polish Centre had to suspend the gathering of donations after vans were stopped.

Agnieszka Lokaj revealed: “The guys had cover letters from us that this is humanitarian aid with all the information that this is going to be distributed for the refugees, it’s not for reselling; we listed all the items.”

According to The Daily Mail, T1 documents were requested which are too costly for the organisation to afford. The rules do not seem to be applied consistently as other vehicles have made it through without these documents.

Ciaran Donovan, a St Albans-based courier, helped the charity out and got the goods onto a ferry. Ciaran commented: “What they did in the end, which is absolutely mental, is they went on a tourist ticket, which you’re not supposed to do.

Fortunately, these donations have made it through the red tape. This is not the only charity to be affected though. The Polish British Social Integration Club Wawel in London was forced to close its donation point due to the issues.

Kasia Zimna from the charity said: “When Lewisham gave us information that (their vans) were stuck, we didn’t send anything else.

“Sometimes they allow you to go but this is not certain so it depends on the person on the border.

“It’s almost feeling that we need to be cheeky but we just want to deliver the stuff, people are dying from hunger.

“It’s quite heart-breaking for us because we have resources, but the law isn’t helping”.

A spokesperson for HM Revenue & Customs explained: “Anyone requiring advice about transporting humanitarian aid to Ukrainian refugees can contact the free-to-use Export Support Service (ESS) or ESS helpline 0300 303 8955 which can be used by individuals, businesses or charities.

“The UK has committed a £120 million humanitarian aid package for Ukraine to help aid agencies respond to the deteriorating situation, creating a lifeline for Ukrainians with access to basic necessities and medical supplies.

“Our humanitarian aid takes the UK’s overall aid support for Ukraine during the current crisis to £220 million, after a £100 million economic package for Ukraine was announced earlier this month.”