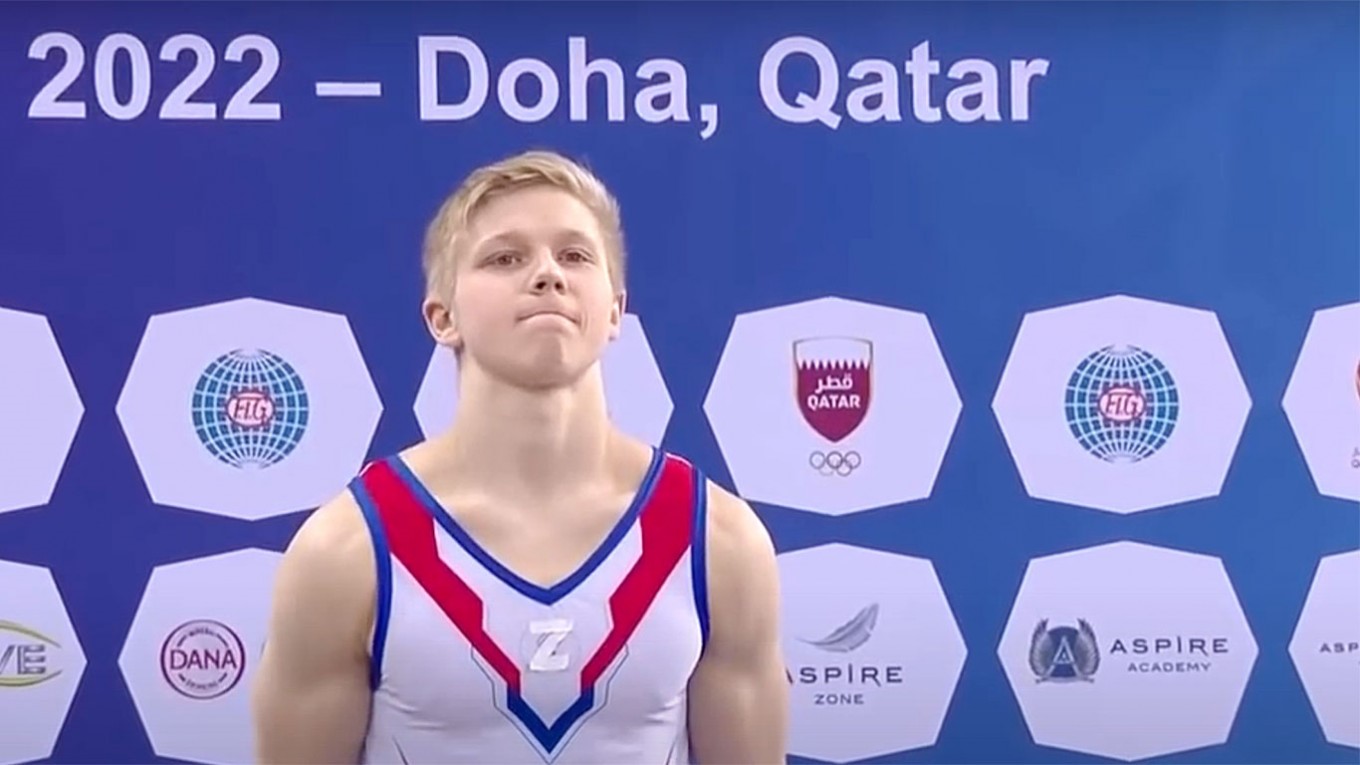 The International Gymnastics Federation (FIG) said on Monday 7th that a Russian gymnast will face disciplinary action as he displays a symbol linked to his country’s invasion of Ukraine on the podium of the Apparatus World Cup.

Ivan Kuliak (20) stepped up to the podium in third place alongside Ukrainian gold medalist Kovtun Illia at the Gymnastics World Cup event in Doha on Saturday, with the letter “Z” taped to his vest, a symbol of support that has been adopted for the Russian military after it was seen painted on the side of tanks heading to Ukraine.

A spokesperson for FIG: “The International Gymnastics Federation confirms that it will ask the Gymnastics Ethics Foundation to open disciplinary proceedings against Kuliak following his shocking behaviour at the Apparatus World Cup.”

Some believe that the young gymnast may have been coerced into sporting the symbol, however this has been denied by the Head Coach of the Russian national gymnastics team.

Valentina Rodioenko told Match TV: “He didn’t consult with us. It was definitely his personal initiative. Our guys are patriots of Russia.”

Alll Russian and Belarusian athletes will be banned from future gymnastic events from Monday 7th due to Moscow’s deadly war in neighbouring Ukraine according to FIG. A statement issued by the body said: “From 7 March 2022, Russian and Belarusian athletes and officials, including judges, are not allowed to take part in FIG competitions or FIG-sanctioned competitions.”

Gymnastics is one of the last major sports to take this action with many others having suspended Russia and Belarus until further notice.

The Russian Foreign Minister, Sergei Lavrov, has called the sanctions illegal and has been surprised by the move of sporting and other bodies to suspend relations with sporting, cultural and intellectual figures.

He said: “We were ready for sanctions, but we did not expect that they would affect athletes, intellectuals, actors, and media figures.”

The display of the invasion symbol by the Russian gymnast is likely to result in the harshest of penalties, with political slogans banned at the best of times.