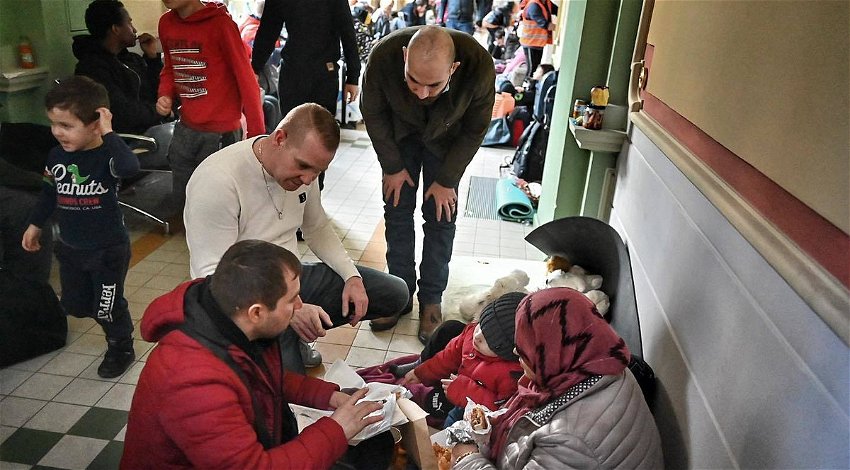 Despite promises from the UK government fails to help Ukrainian refugees, with the Home Office confirming that only around 50 of the 10,000 visa applications received had been approved. The news prompted French President Emmanuel Macron to accuse the country of lacking humanity.

French Interior Minister Gerald Darmanin said he had twice been in contact with British Home Secretary Priti Patel to ask her to show more compassion and to set up a temporary consulate office in Calais.

He has claimed that many of the hundreds of displaced people arriving at the port had been turned away by British officials who told them to apply for their visas at UK consulates in Paris or Brussel. This he said was “a bit inhumane”.

Shadow Home Secretary Yvette Cooper also voiced her unhappiness with the situation saying that the Home Office is “completely failing” to understand the urgency of the crisis.

“This is too slow,” she tweeted. “Too many hoops for desperate families to have to jump through.”

Ms Patel said that the claims were “wrong and inaccurate” and that she had a number of staff in Calais “to provide support to Ukrainian families”.

She said the UK is “doing everything possible” to speed up efforts to grant visas to Ukrainians fleeing the war.

But Mr Darmanin said: “The British must put their rhetoric into action, I’ve heard the big words of generosity from Mr (Boris) Johnson.”

Under the system, Ukrainian refugees who have family settled in the UK will be able to apply to come to Britain for three years.

According to a report by Sky News, many families have voiced their frustration and disappointment at the lack of support from the British authorities.

Applicants have complained of documents being lost and significant delays in the processing with approvals taking more than twice the time authorities’ claim.

One of those the father of Jordan-Chelsea Carter, who told Sky News: “A British citizen living out of a bag, with little amount of clothes with his wife and two children – and the UK government have no remorse.

“The lack of care towards a British citizen and fleeing Ukrainians who are family members, is disgusting.”

Ms Patel told Sky News: “This is the first scheme that is up and running in the world in this short space of time.

“I am surging staff across all application centres across the entire European Union as well as in the border countries such as Poland where huge numbers of people are coming through.”

This is not the first time the British authorities have been accused of dragging their feet or failing to live up to expectations as the system fails Ukrainian refugees who have yet to be granted visas. The last time it was Syria when the UK promised to take thousands of refugees only to let in a handful.