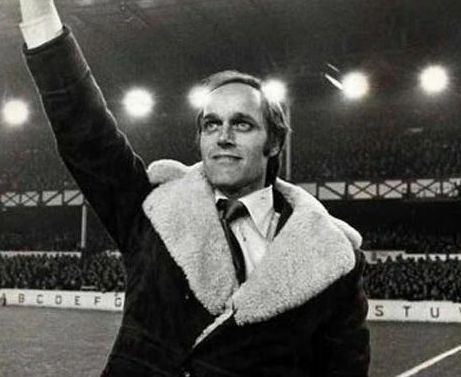 FORMER Newcastle United and Everton manager Gordon Lee has died aged 87, according to his family. In a statement released by Everton, Gordon Lee’s son Gary said he had passed away peacefully in his sleep on Tuesday, March 8.

Lee, whose playing career saw him represent Hednesford Town, Aston Villa and Shrewsbury Town, took over the reins at St. James’ Park between June 1975 and January 1977 after earning promotions with both Port Vale and Blackburn Rovers during his early management career. He would later move onto Goodison Park before spells in charge of Preston North End, KR Reykjavik and Leicester City.

During his time at Newcastle, Lee led the Magpies to the League Cup final in 1976, where they were beaten 2-1 by Manchester City at Wembley. He moved to Everton the following year.

Gordon was in charge at Goodison Park from 1977 to 1981, succeeding Billy Bingham and preceding Howard Kendall.

After taking over at the Blues in January 1977, he led the team to the League Cup final where three games were needed before Aston Villa won the second replay 3-2 at Old Trafford.

Under his leadership, Everton also reached the FA Cup semi-final that year and achieved the same in 1980.

The team finished third in the table in 1977/78 and fourth the following season.


After departing Merseyside, Lee went on to manage Preston North End and Icelandic side KR Reykyavik before a short spell in caretaker charge of Leicester City in 1991.

Blackburn Rovers said in a statement: “The thoughts of everyone at Blackburn Rovers are with Gordon Lee’s family and friends, following his passing aged 87. As Rovers manager, Gordon Lee led the club to the Third Division title in 1974-75.”

Preston North End wrote: “Everyone at Preston North End is saddened to learn of the passing of former manager Gordon Lee at the age of 87. Our thoughts are with Gordon’s family and friends at this sad time.”