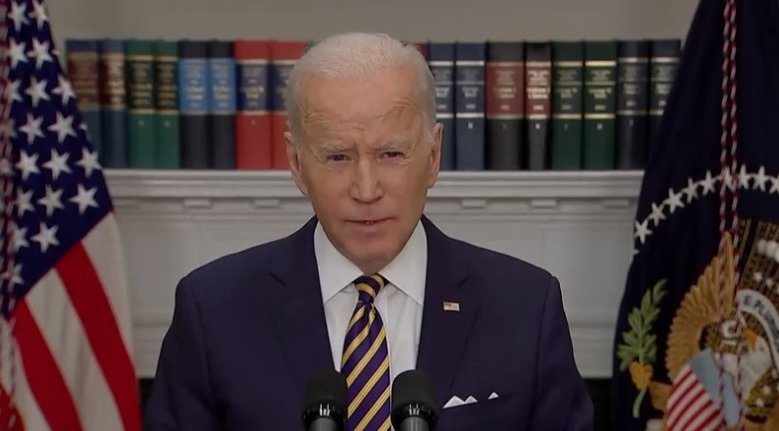 Today, Tuesday, March 8, US President Joe Biden has finally given in to pressure from lawmakers, surrounding the purchase of Russian oil and gas. He announced a ban on all energy imports, an action that could have a strong impact on fuel prices in the country, which have seen substantial increases since the start of the Ukraine conflict.

“Today I’m announcing the United States is targeting the main artery of Russia’s economy. The American people will deal another powerful blow to Putin’s war machine”, the President said. Adding, “We are prohibiting the import of oil and gas from Russia. Russian oil will no longer be accepted at US ports”.

Volodymyr Zelenskyy, the President of Ukraine, has constantly been urging US and western officials to cut off the imports of oil from Russia. He claims they have been a glaring omission to massive sanctions made against Moscow over the invasion.

Exports of oil have kept a steady influx of cash flowing to Russia claim financial experts, despite otherwise severe restrictions on its financial sector.

Two weeks ago, Mr Biden explained his reluctance to impose energy sanctions, saying he was trying “to limit the pain the American people are feeling at the gas pump”.

His announcement, first reported by Bloomberg, comes a few days after The Washington Post revealed that the Biden administration is negotiating with the Government of the President of Venezuela, Nicolas Maduro, to lift the oil embargo.

Last Saturday 5, there was reportedly a meeting between Maduro and his officials with a US delegation. It was made up of Roger Carstens, the special presidential envoy for hostage issues; Juan Gonzalez, Senior Director for Western Hemisphere Affairs at the National Security Council, plus Jimmy Story, the US Ambassador to Venezuela, as reported by laopinion.com.