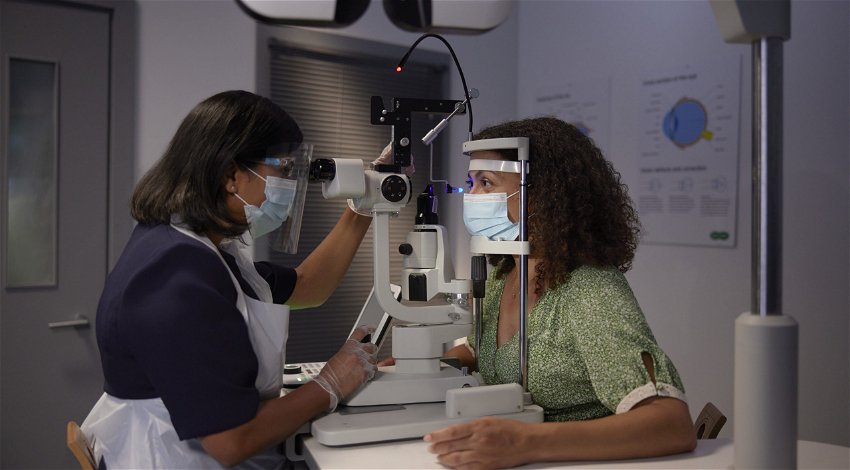 It may be surprising to some that glaucoma is actually one of the biggest causes of blindness in the world. In fact, it affects about 80 million people worldwide, but many don’t even realise they have it due to the gradual onset nature of the condition.

With World Glaucoma Week (March 6-12) just around the corner, Specsavers Ópticas is trying to raise awareness on this common eye condition, known as the ‘silent thief’, by sharing some unusual facts and insights with the public.

We’re all guilty of Googling our symptoms but with glaucoma being symptomless, it’s important to understand what the condition is before you start worrying.

Lisa James, store director of Specsavers Ópticas Guardamar says: ‘Glaucoma occurs when the naturally-occurring fluid inside the eye does not drain properly, causing a build-up of pressure. The condition often affects both eyes, usually to varying degrees, however, there are two types – chronic glaucoma which develops slowly with subtle changes to your vision, and acute glaucoma which develops rapidly with a sudden, painful build-up of pressure in the eye.’

While caffeine can raise eye pressure, some studies indicate that regular exercise can lower it. While there is no evidence to prove this can directly prevent glaucoma, it does support overall eye health and that can only be a good thing.

People of black-African origin are at higher risk of glaucoma

Glaucoma strikes earlier and progresses faster in men and women of black-African or black-Caribbean origin and occurs about five times more often. The risk of glaucoma is 20% higher if the disease is in your family and blindness is about six times more common. Lisa says: ‘There are several factors which could make you more at risk of developing glaucoma such as family history of the disease. Those who have black–African heritage or who have higher levels of short-sightedness are also more at risk. Your age also plays a big part. Two in every 100 people over 40 are affected by the condition.’

Be a fighter and put down the lighter

What many people don’t know is that smoking can have a detrimental impact on our eyes, it can cause a plethora of complications and even increase the risk of glaucoma. Lisa adds, ‘While there is no evidence that smoking itself is a risk factor for glaucomatous damage, older smokers do have a higher risk of developing increased eye pressure compared to non-smokers.’

Lots of celebrities have glaucoma

There are many high-profile stars who live with the condition. U2 singer Bono revealed in 2014 that he has had glaucoma for 20 years and is receiving ongoing treatment. Astronaut John Glenn nearly lost his sight to it and campaigned in the early 00s, urging people to get regular eye tests. Other celebrities known to have had glaucoma are Whoopi Goldberg, Dame Maggie Smith and Andrea Bocelli.

Lisa explains why it is important to check regularly for glaucoma and how it’s done. ‘If you have chronic glaucoma, it can take a long time before you realise you have a problem with your eyesight. This is because chronic glaucoma is painless and usually damages the outer edge of the vision and works slowly inwards. Without regular checks, you may not notice a problem until the glaucoma is near the centre of your vision.

It is with careful examination of the optic nerve head using a powerful lens that allows us a 3D view of the inside of the eye that we can spot early changes.

It is then, when we combine our pressure readings along with the appearance of the nerve head and any loss of peripheral vision that we may find when we carry out a visual field test, that we can assess the need for further investigation by an ophthalmologist.

The pressure measurement alone is not enough to detect early glaucoma. Many cases would be missed if this was the only test that was used, much of the damage caused happens before the pressure raises significantly which is why a full and complete eye examination is so important in early detection of glaucoma and other eye conditions.’

There are Specsavers Ópticas stores in Santa Ponça in Mallorca, Marbella and Fuengirola on the Costa del Sol and Javea, Calpe, Benidorm, Torrevieja, Guardamar and La Zenia on the Costa Blanca. For more information or to request an appointment at your local store, visit www.specsavers.es