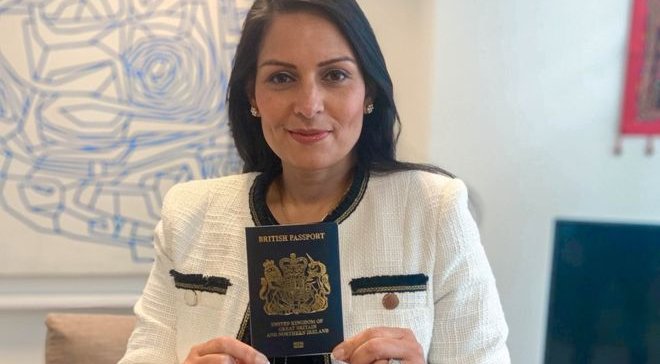 The UK Home Office has confirmed that the visa centre being set up in Northern France to “help Ukrainians apply for visas” won’t accept walk-in applications. They have also said that its exact location will not be made public.

Downing Street have said that the centre would start accepting appointments from Thursday, however according to a report by Sky News the Home Office has contradicted this saying: “We have taken urgent action to process visas at speed for all those eligible to the Ukraine Family Scheme, while carrying out vital security checks.

“We have protected appointments at all of our visa application centres to ensure there is sufficient capacity and deployed extra staff to help people through the process as quickly as possible.

“In light of the risk from criminals actively operating in the area around Calais, we have set up a new temporary Visa Application Centre in Lille which will open tomorrow focused on referrals only for people in the area eligible for the scheme.”

Priti Patel, the Home Secretary, announced on Tuesday that a “bespoke visa application centre” was “en route to Calais”, but said it would be set up away from the town to prevent “choke points” around the port.

The UK has come under criticism from Emmanuel Macron, The French President, as well as the Shadow Home Secretary Yvette Cooper who said in a social media post: “Good grief. Why is Priti Patel not sorting this out?

“Do people now have to go all the way to Calais before they can – maybe – be sent back to Lille? This is making it harder not easier for desperate Ukrainian families.”

Concern has also been expressed by the Parliamentary and Health Service Ombudsman about the Home Office handling of the visa process for refugees.

Rob Behrens said: “It is vital the Home Office acts to correct failings in its handling of visa applications, especially failings we have previously reported and which we are seeing repeated here.

“In this horrendous situation swift action is needed to make sure the process of getting a visa is simple, accessible and quick. Lives depend on it.”

Transport Secretary Grant Shapps in defending the government’s decision said: “We do not want to see this mixed up with the wider issue of people traffickers and criminal gangs in Calais, so we don’t want to attract people to Calais without having the paperwork resolved in the first place before they get there.”

The position of the government is not only disgraceful, it shows a basic misunderstanding of the situations Ukrainians find themselves in as they confirm the UK visa centre won’t accept walk-in applications.