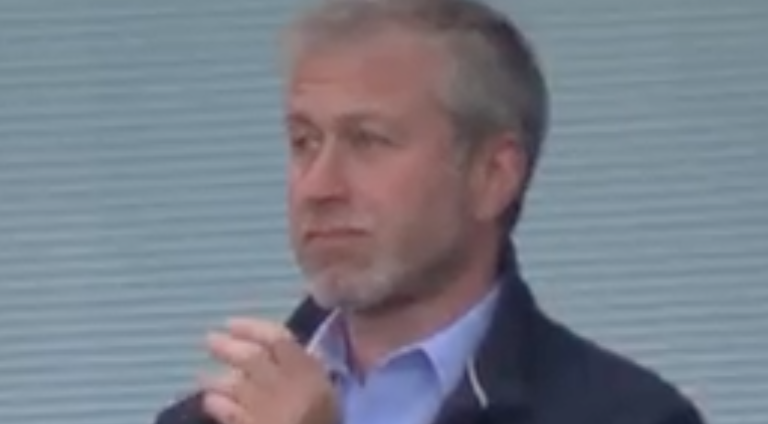 Following the news of the measures placed against the Chelsea owner, it was revealed that the Stamford Bridge club was now banned from selling match tickets, signing new players and selling merchandise at the club shop.

The Daily Mail reports that Chelsea’s status as a ‘significant cultural asset’ means it has been granted a special licence to continue playing, but its owner will be deprived of any profits.

The newspaper also notes that ministers could still permit a sale as long as Abramovich does not benefit financially.

The club, who have 28,000 season ticket holders, has been banned from selling home and away tickets, meaning that only the fans who have already bought tickets will still be allowed to attend games.

Chelsea, who face Lille away in the Champions League on Wednesday, March 16, will effectively be playing the second-leg tie behind closed doors as tickets for European games are usually purchased separately from season tickets.

A source told Mailonline: “Stamford Bridge is not going to be empty … we don’t expect them to play behind closed doors. It does mean there may be some empty seats but not an empty ground.”

The London club have also been banned from agreeing new contracts, making it impossible to sign new players in the summer transfer market.

However, the sanctions will not affect existing staff and stadium stewards, while players will still be paid.

Chelsea will continue to receive TV broadcast payments and provide food and drink at matches, according to the Daily Mail. While retailers who already hold stock can continue to do so, as long as none of the money ends up in Chelsea’s hands.

Announcing the sanctions against Abramovich and the seven oligarchs, UK Prime Minister Boris Johnson said: “There can be no safe havens for those who have supported Putin’s vicious assault on Ukraine.

“Today’s sanctions are the latest step in the UK’s unwavering support for the Ukrainian people. We will be ruthless in pursuing those who enable the killing of civilians, destruction of hospitals and illegal occupation of sovereign allies.”

Foreign Secretary Liz Truss said: “Today’s sanctions show once again that oligarchs and kleptocrats have no place in our economy or society. With their close links to Putin they are complicit in his aggression.

“The blood of the Ukrainian people is on their hands. They should hang their heads in shame.

“Our support for Ukraine will not waver. We will not stop in this mission to ramp up the pressure on the Putin regime and choke off funds to his brutal war machine.”