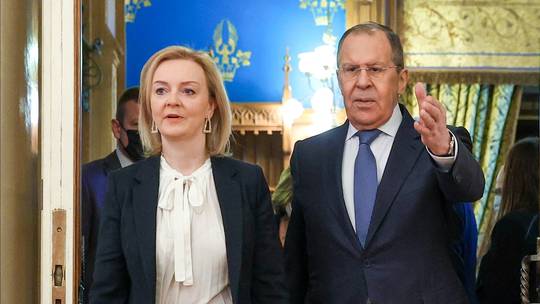 NATO member Turkey, who have offered to mediate, has said that they hope as top Russian and Ukrainian diplomats meet for the first time on Thursday will mark a turning point in the war.

The meeting will be hosted in Ankara after weeks of attempted mediation by world powers, in an attempt to stop a war that has resulted in more than two million refugees fleeing the area.

Dmytro Kuleba, the Ukrainian Foreign Minister, has tempered expectations for a ceasefire agreement or any other results from the meeting with his Russian counterpart Sergei Lavrov. He urged Lavrov to approach the talks “in good faith, not from a propagandistic perspective.”

In a video statement released on Wednesday 9th, he said: “I will say frankly that my expectations of the talks are low. But we are interested in a ceasefire, liberating our territories and the third point is to resolve all humanitarian issues.”

Moscow has repeatedly said it is ready for talks with Ukraine, but that all of its demands, including that Kyiv takes a neutral position and drops aspirations of joining the NATO alliance, must be met to end its assault.

The first meeting follows three rounds between delegates of both countries, however they yielded little barely showing some positive signs on humanitarian arrangements.

Mustafa Aydin, Professor at Kadir Has University in Istanbul told Reuters that .Bringing Lavrov and Kuleba together marks “a step forward” and could escalate diplomacy at higher levels in Moscow.

He said: “Russia is not yet close to entertaining peace, though it is slowly changing its stance,” he said. “Its initially uncompromising posture is slowly giving way to a negotiation stance though not yet enough for a concrete outcome.”

Turkey, who shares a maritime border with Russia and Ukraine in the Black Sea has called Russia’s invasion unacceptable and appealed for an urgent ceasefire. The country however has opposed sanctions on Moscow with whom it has good relations.

While forging close ties with Russia on energy, defence, and trade, and relying heavily on Russian tourists, Turkey has also sold drones to Ukraine, angering Moscow. It also opposes Russian policies in Syria and Libya, as well as its 2014 annexation of Crimea.

Turkish Foreign Minister Mevlut Cavusoglu said both Lavrov and Kuleba had requested that he attend the talks on Thursday, adding he wished the meeting could be a “turning point”.

Turkey and Israel have both ramped up their push for mediation with Turkish President Tayyip Erdogan urging Russian President Vladimir Putin to declare a ceasefire in a call on Sunday March 6th. Israeli Prime Minister Naftali Bennett also held talks with Putin in Moscow at the weekend, and has since been in touch with Ukrainian President Volodymyr Zelenskiy.

Kuleba’s scepticism is likely to be echoed worldwide despite the agreement of top Russian and Ukrainian diplomats to meet for first time since invasion, with Russia repeatedly rejecting foreign calls for a ceasefire.