And the winner of the II Spanish Hamburger Championship is …………….. 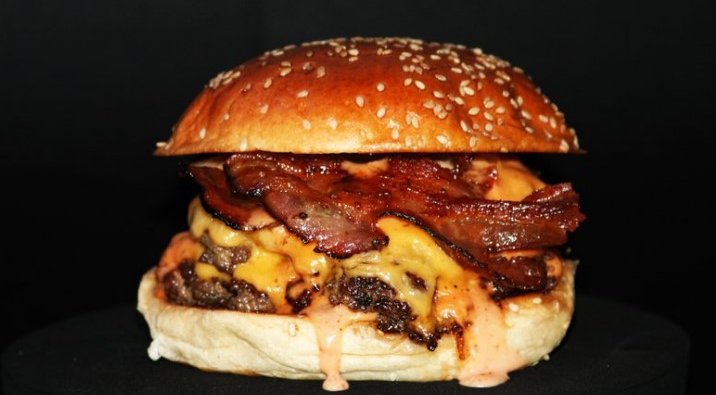 The 10 finalists in the II Spanish Hamburger Championship competed in Estrella Galicia, A Coruña

Finally, we have a winner! The results are in of the II Spanish Burger Championship. After an anxious wait, we have now been told which is the tastiest hamburger in the country.

Held at the MEGA Museum in Estrella Galicia, A Coruña, the finals of the II Spanish Hamburger Championship saw the 10 finalists exhibiting their best offerings. In a blind tasting before the jury, the one that was eventually crowned the winner of the championship was the Double Smashed burger, from Junk Burger.

This hamburger restaurant is located on Calle de Jose Abascal in Madrid, and has managed to position its burger ahead of more than 240 establishments that entered the contest.

With 240 grams of Galician blonde beef, matured and seasoned with a daily preparation process, the Double Smashed burger, prepared by chef Cesar Peña, has achieved a well-deserved first place in the championship.

This hamburger meat is served with cheddar cheese and crispy smoked bacon from the Sierra de Madrid, topped with Junk sauce, and brioche bread, for a price of only €13.90.

Through home-delivery services Just Eats, Uber Eats and Glovo you can also enjoy the best hamburger in the country in your living room.

Junk Burger achieved first place, but was joined on the podium by two other hamburger restaurants: one from Gijon, and another from Madrid.

Dry Aged Burger, from Gijon’s Berty’s Burger, and the Super Frankie Cheese Bacon, from the Frankie Burgers Madrid hamburger restaurant, based on Calle Ponzano and Calle Alcalá de Henares, came in second and third place, as reported by 20minutos.es.