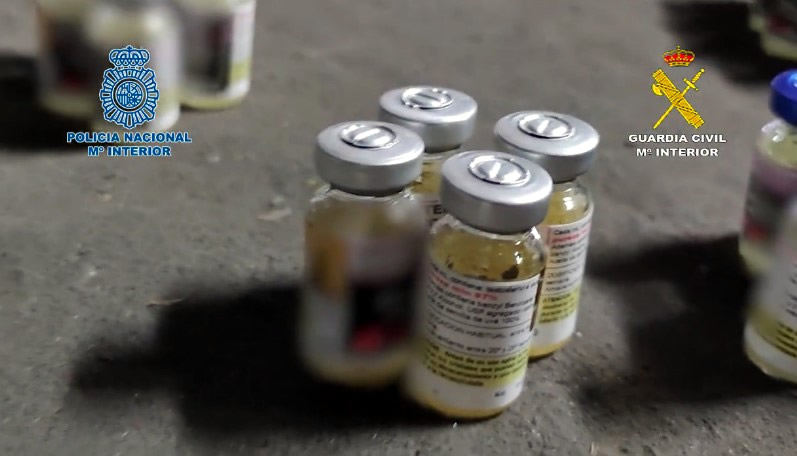 As reported in a statement from the police, an operation in the Malaga municipality of Benalmadena has resulted in a clandestine laboratory being dismantled. A criminal organisation was using this facility to allegedly manufacture and traffick doping substances at the national level for athletes.

Seven individuals have been arrested in the provinces of Valencia, Malaga, and Cordoba, in a joint operation between the Guardia Civil and the National Police.

Those detained had allegedly been obtaining unauthorised medicines from countries such as China, the Netherlands, the United Kingdom, and Turkey, for several years. Their products were then finished in the clandestine laboratory they had installed in a Benalmadena property.

The seven detainees are being investigated for alleged crimes against public health, belonging to a criminal organisation, and money laundering.

More than 125,000 doses of various medicines have been seized in the operation, as well as machinery, manufacturing material, and raw active ingredients.

An investigation began back in 2019 after the authorities detected shipments of active drug ingredients entering Spain from China, Turkey, and Bulgaria.

A study of these shipments revealed several routes of distribution of finished products, among which were various types of anabolics, steroids, hormones, and drugs to help with erectile dysfunction. These medications were being distributed for oral and injectable administration.

In March 2021, several people linked to the world of bodybuilding were arrested, and from the analysis of the seized documentation, a person was identified who presented himself as the representative of a brand of high-quality anabolic steroids. After investigations, it was found that the real origin of the products was Benalmadena.

As a security measure, the organisation used a virtual clothing store to justify the large volume of merchandise and packages that they moved . However, 1,585 counterfeit clothing items were seized during a raid, for which a crime against intellectual property has also been attributed.

Drug redistribution points were strategically selected and used business fronts such as nutrition stores, veterinary clinics, or gyms, to mask their activity and contact potential customers, as reported by malagahoy.es.