Solar panels are being used to save water 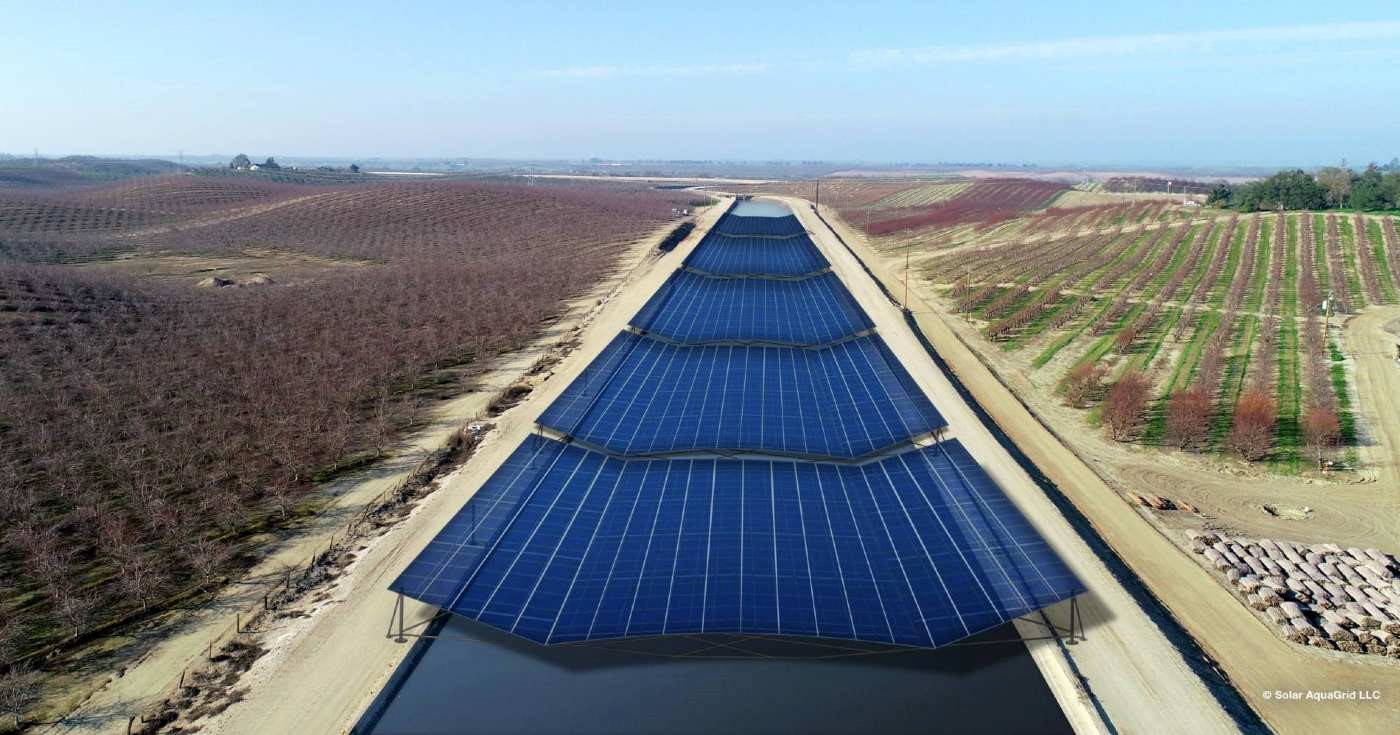 Solar panels are being used to save water

Many areas in the world suffer from both limited water and electrical supply, leading one such state to combine the two by placing solar panels over the canals that supply water to the cities.

A pilot project in the Turlock Irrigation District of California has seen solar panels being placed over a 1,5km (1 mile) stretch of canal that is now producing five megawatts of power. The researchers believe that the shade provided by the panels will not only reduce evaporation but will also improve water quality, as well as reducing vegetative growth which means less maintenance of the waterways.

The concept builds on a 2021 Univ. of California Merced and UC Santa Cruz research team study that estimated covering all the state’s canals with panels could prevent 246 billion cubic litres (65 billion gallons) of fresh water loss through evaporation.

The project has potential for warm countries like Spain and South Africa where water is moved from storage units to farms and cities. Turlock provides irrigation water to 4,700 growers who farm about 600 square kilometres (150,000 acres) in the San Joaquin Valley.

A similar concept has already been proven to work in the Indian state of Gujarat, where the cooler temperature of the moisture beneath the panels cooled them down, resulting in a small but significant increase in power generation.

A UC Merced paper argued recently in the Smithsonian Magazine that covering the thousands of miles of California canals with panels would generate 13 gigawatts of renewable energy capacity: half of what the state of California would need to entirely decarbonise by its self-imposed 2045 deadline.

Roger Bales one of the authors said: “California grows food for an ever-increasing global population and produces more than 50 percent of the fruits, nuts and vegetables that U.S. consumers eat.

“Building these [canal] solar arrays could prevent more than 80,000 acres of farmland or natural habitat from being converted for solar farms.”

The project to use solar panels to generate electricity and to save the water supply makes sense of so many levels, hopefully other countries are watching closely and will move to implement similar schemes.