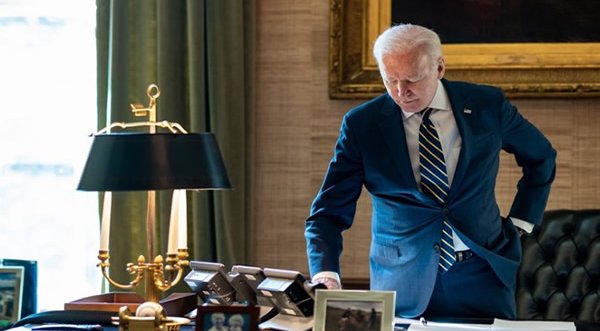 Russian vodka, caviar, and diamonds, all blocked by President Joe Biden from being imported into the US

In a televised address from the White House on Friday, March 11, Joe Biden, the president of the United States, has offered more details about the decision made this Thursday 10, to extend sanctions against Putin’s regime. He announced that the US will prohibit the import of seafood, fish, vodka, caviar, and diamonds from Russia.

He also confirmed his commitment to ending his favourable trade agreement with Russia, explaining that the objective is to make it difficult for Russia and the United States to do business.

Biden indicated that the US is not going to fight a war against Russia in Ukraine. “It would be World War III”, he stated, while making clear his continued intention to ensure that “Ukraine has weapons to defend itself”.

The US president also announced that the G7 countries will work to close any source of Russian financing from international financial institutions such as the International Monetary Fund (IMF), and the World Bank (WB). “Doing it together with other nations that make up half of the global economy will be another crippling blow to the Russian economy”, he said.

The President warned Russia not to deploy chemical or biological weapons

Russia will pay “a high price” if it uses chemical or biological weapons in Ukraine, he warned, while affirming that Washington will defend “every inch” of its NATO allies’ territory.

“Putin is the aggressor, and he must pay the price for it. He cannot continue to take actions that threaten the foundations of international peace and stability and then ask for financial help from the international community”, he pointed out.

Despite having been announced by Biden, the withdrawal of the so-called “most favoured nation” treatment from Russia must first be approved by the US Congress. This is expected to go ahead without any problem, with both Democratic and Republican support.

Ukraine and Canada have already withdrawn Russia’s “most favoured nation” status, one of the fundamental principles of international trade upheld by the World Trade Organization (WTO). According to the White House, the rest of the member countries of the G7 and the European Union (EU) will also follow the same steps, as reported by cadenaser.com.